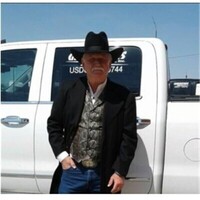 On Friday April 15, 2022, also known as Good Friday, Leland Carl Hove, age 71, was called home to spend eternity with our Lord, God Almighty. Leland was covered in prayer by his loving friends and family during the days of his time spent in the Gillette Wyoming ICU. Born on February 1, 1951, in Williston, North Dakota to Haakan and Evelyn Hove. The youngest of six, Leland grew up on the family farm near Tioga, North Dakota. On the farm, everyone was expected to work. This included feeding the chickens, milking the cows (morning and night), and making sure the farm ran well overall, despite the poor income and living conditions the family endured. Leland graduated from Tioga High School, enlisted in the US Army, and was deployed to the Vietnam War all by the age of 18, turning 19 and 20 while still in country. He cheated death multiple times by courageously and repeatedly exposing himself to intense enemy fire, for more than a grueling year, as a point man. Distinguishing himself by his heroism and meritorious service, Leland was impressively decorated, with valorous medals, including a bronze star. Returning to North Dakota, he studied at Minot State University. Intelligent as he was, capable of achieving high honors in college, his drive for success led him to leave college and begin his venture as an accomplished salesman and entrepreneur. Building multiple successful companies in the energy industry and even raising cattle as his “hobby” – Some have even said everything he touched turned to gold. Leland was intelligent, beyond witty, full of wisdom, stubborn, business orientated, but most of all, a faithful and good servant to God. He loved to make people laugh & tell stories. People drew to Leland like a moth draws near to light; his good spirit was highly contagious. Leland Carl Hove was a beautiful illustration of strength and grit, as well as, soft hearted and sweet. He is preceded in death by his parents and four of his five siblings: Melvin Hove, Beatta Gilbertson, Lyle Hove, and Jeanette Ritterman. Leland is survived by his two children, Matthew Hove and Kaylee LaCroix (Dylan); four stepchildren, Heather Wilcox (Andy), Bobbie Pratt (Scott), Chuck and Alicia Lamasters; five step grandchildren; as well as excitedly awaiting the upcoming birth of his first-born grandson. He is also survived by his loving sister and confidant, Luella Larson (Dennis), two sister-in-laws, a brother-in-law, and several nieces and nephews. Memorials and condolences may be sent in care of Gillette Memorial Chapel 210 West 5th Street, Gillette, WY 82716. Condolences may also be expressed at www.gillettememorialchapel.com

To order memorial trees or send flowers to the family in memory of Leland Carl Hove, please visit our flower store.