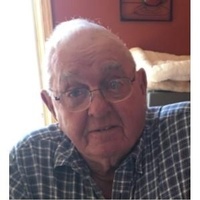 A time of gathering for Lee Phillips will be held on May 4, 2019 from 1:00PM until 3:00PM at the VFW, 908 W 25th Avenue in Torrington, WY. Lee Edward Phillips, 88, of Torrington, Wyoming, succumbed to cancer surrounded by his family on April 17, 2019 at The Legacy Living and Rehabilitation Center, Gillette, WY. Lee served in the U.S. Navy in the Korean War as an Engineman 2 until 1953 when the war ended. He and Art Thompson built and owned the Ten Pen Tropics bowling alley in Torrington from 1964 until he retired from it in 1981. Dad loved his friends dearly (you know you are), fishing, hunting and joking around. He had a lot of fun in his life and lived it to its fullest. Lee is survived by his daughter, Gaye Schilling and her husband Everett of Gillette, WY; two grandsons, Drew (Chelsey) Schilling of Gillette, WY and Garrett Schilling of Bismarck, ND; one great-granddaughter Brylee Schilling (Drew and Chelsey) of Gillette, WY; three sisters, Diana Johnson (Marlan) of Casper, WY, Ilene Peck of Casper, WY and Betty Harris of Tucson, AZ; brother-in-law, Ken Avey of Casper, WY and many other loving nieces, nephews, aunts, uncles and cousins. Lee was a loving father, grandfather, brother, uncle and friend to everyone. He is preceded in death by his parents, Wilbur and Bessie Phillips, his sister, Donna Avey; his brother, Marion Phillips, and two nieces, Mary Burrows and Amy Bryant. A special thank you to the people at Legacy Living and Rehabilitation Center in Gillette for their loving care, support and understanding during his final days. Each and everyone one of you made a difference to Dad and me in everything you did. Memorials and condolences may be sent in care of Gillette Memorial Chapel 210 West 5th Street, Gillette, WY 82716. Condolences may also be expressed at www.gillettememorialchapel.com

To order memorial trees or send flowers to the family in memory of Lee Edward Phillips, please visit our flower store.