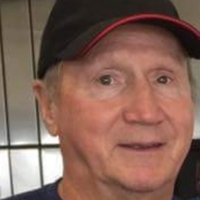 Lee Roy Green passed away at his home surrounded by family and friends, Sunday March 8, 2020 after a courageous battle with liver disease.  Lee Roy was born September 11, 1945 in Oakland, CA. His parents Marion and Geraldine Green had 3 boys Lee Roy, Mike and Danny. After his father retired from the Navy the family moved to Casper. Lee Roy graduated from Natrona County High School in 1964. His first job was delivering newspapers for the Casper Star Tribune. Lee Roy had a passion for working as a bartender at the Cozy Club, Beacon Club and several other bars. Lee Roy eventually went to work for Burlington Northern Railroad and retired after 30 years.

Lee Roy had 4 kids, Leeroy “Stacey” Green, Leeray Green (Cynthia) of Tennessee, Lance Green (Angie) of Kansas, Landon Green (Deanna) of Casper, stepdaughter Tanya (Andrew) Leird of Florida and stepson Sam (Christen) Fraser of Colorado. He had numerous grandchildren and great- grandchildren. Lee Roy loved the outdoors, boating, camping, fishing, and being with friends and family. Lee Roy has always been a storyteller of his trials and tribulations throughout his life. Boy, did he have some good ones. Lee Roy met the love of his life Penny and eventually moved to Gillette. The two of them were inseparable, going to car shows and just taking daily cruises in his Oldsmobile. The two of them loved to dance. He joined the Eagles Club and that’s where he and Penny met some wonderful lifelong friends. He loved going to the Eagles and to the Legion Club. Penny passed away in 2017 and he was left with a broken heart.  After he became ill, he had a great friend Loretta Dowling to help take care of him until his final days. He was greatly appreciative for the care she gave him. Lee Roy is survived by his brother, Mike Green; sons, Leeray Green; Lance Green; Landon Green and his stepdaughter, Tanya Leird and stepson Sam Fraser. Lee Roy is preceded in death by his parents, son, Leeroy “Stacey” Green, and his brother, Danny Green.

A Celebration of life will be held in Casper at the VFW on Bryan Stock Trail, Saturday March 21, 2020 at 1:00 p.m. Memorials and condolences may be sent in care of Gillette Memorial Chapel 210 West 5th Street, Gillette, WY 82716. Condolences may also be expressed at www.gillettememorialchapel.com

To order memorial trees or send flowers to the family in memory of Lee Roy Green, please visit our flower store.