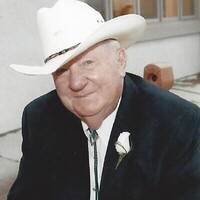 Lawrence William (Larry) Shippy died at home, which was his wish, of natural causes on July 28, 2021. He had family and caregivers at his bedside.

Larry was born on September 6, 1939, to Lawrence Shippy and Mary E. (Wolff) Shippy in Gillette, Wyoming, the oldest of four boys. He attended a number of elementary schools in Gillette and Campbell County, graduating from Campbell County High School in 1958.

Larry joined the US Air Force in September 1961 and served until 1965. He was a Morse intercept operator and was stationed in Hawaii. Upon his discharge he bought ranch land outside of Oswego, Montana, and ranched there for the next ten years.

In 1975, he married Susan Van Maren and moved to Campbell County to continue ranching north of Gillette on Horse Creek. As the years went by, he purchased several more ranches to expand the ranching operation. Larry was a rancher through and through and was proud of his black angus livestock.

In his spare time, Larry enjoyed reading Western Americana, especially the true stories of ranchers and ranches of the west. His quest for just the right books was insatiable. Larry also loved meals of steak and potatoes and could never have enough chocolate ice cream.

Larry is survived by his wife Susan, his son, Danny (Angela) Shippy, daughter Christina (Matt) Gensrich, four grandchildren, Naomi, Brady, Tyler, and Hayley, as well as aunts and uncles and many cousins. In lieu of flowers please make a donation to a charity of your choice in Larry’s name. Memorials and condolences may be sent in care of Gillette Memorial Chapel 210 West 5th Street, Gillette, WY 82716. Condolences may also be expressed at www.gillettememorialchapel.com

To order memorial trees or send flowers to the family in memory of Larry William Shippy, please visit our flower store.