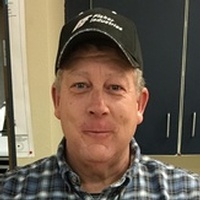 Memorial services for Lance Edward Block of Gillette, WY will be at 11:00 AM on Saturday, February 24, 2018 at the First Presbyterian Church with Erik Bergquist  officiating; interment to follow at Mt. Pisgah Cemetery.  Visitation will be held from 5:00 p.m. to 7:00 p.m., Friday, February 23, 2018 at Walker Funeral Home. Lance passed away Monday, February 19, 2018 at his home of a heart attack. He was 53 years old. Lance was born on November 2, 1964 in Torrington, WY to Richard and Mary Block. He lived in Torrington until the age of 5 when the family moved to Gillette. Lance attended school from K-8 at rural Alcott School in Southern Campbell County. He graduated from Campbell County High School in 1983. After graduation, he went to work for the local cable company from 1983 to 1991 when he went to work for the City of Gillette as an Electrical Lineman and continued to work for the city until his passing. In July of 1987, he married Deb Carstensen and they had a son Ethan N Block. In 2002, they added to their family by adopting two girls, Heather and Bess. The couple later divorced. Lance’s hobbies included hunting and camping with family. He was an avid Green Bay Packers fan. Lance was a true family man and enjoyed being with his children and extended family. Lance is survived by his father, Richard Block of Gillette; sister, Cathy Nelson and husband of Westminster, CO; sister, Beth Kienzle of Casper, WY; brother, Brian Block and wife of Laramie, WY; daughters, Heather Lees and Bess Block both of Gillette, WY; along with his grandchildren and numerous nieces and nephews. He was preceded in death by his mother, Mary Block and his son, Ethan Block. Memorials and condolences may be sent in care of Walker Funeral Home 410 Medical Arts Court, Gillette, WY 82716. Condolences may also be expressed at www.walkerfuneralgillette.com
To order memorial trees or send flowers to the family in memory of Lance Edward Block, please visit our flower store.