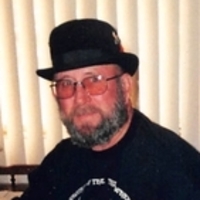 Memorial service for Lamonte “Joe” Gilland will be held at 10:00 a.m., Monday, December 28, 2020 at Walker Funeral Home. LaMonte “Joe” Gilland 81, passed away December 19, 2020 at The Legacy Living and Rehabilitation Center. Born January 26, 1939 in Madison, Nebraska to Curtis and Ruth (Schroeder) Gilland. As a young boy the family traveled all over South Dakota and Wisconsin with road construction. In 1957 he joined the army; serving in Germany. After he was discharged from the army he moved to Rapid City, South Dakota and worked the timber with his father. There he met the love of his life, Cheryl Kindred. They moved to Gillette in 1969 and got married. He went to work in the oilfield working for Punch’s Backhoe, Paul’s Truck and Tractor, Hot Iron, Kissack, and Gilland Roustabout. He retired in 2015 due to bad health. At the time he was a contact pumper for Anderson Management and McCartney Engineering. In the 70’s he joined the Gillette Stock Car Club and raced stock cars in Gillette, Sheridan and Casper. He got interested in bowling due to his wife. He joined the Men’s Bowling Association; bowling in many different leagues. But he couldn’t wait to go to Vegas every year bowling on the Vegas League. In the 90’s he became interested in motorcycles due to his daughter, Joleen. He belonged to the N. E. WYO Abate, WBA, and BTW motorcycle clubs. He is preceded in death by his parents; sisters, Maxine Martin, Marylin Wilson, Maureen Besler, and Roberta Raber; brother, Robert Gilland; sons, Eddie and Anthony Kindred. He will be greatly missed by his wife, Cheryl; daughters, JoLeen Berdahl of Watford City, ND; Jody Bowker (Tom) of Terra Haute, IN; grandsons, Justice Berdahl of Watford City, ND; Eric Kindred of California; sisters, Cheryl Stasio of Tampa, FL; Norma Hess of Eau Claire, WI; great-grandson, Samuel Kindred and great-granddaughter, Emmalyn Kindred of California; along with numerous nieces and nephews. Memorials and condolences may be sent in LaMonte’s name to help with funeral expenses in care of Walker Funeral Home 410 Medical Arts Court, Gillette, WY 82716. Condolences may also be expressed at www.walkerfuneralgillette.com

To order memorial trees or send flowers to the family in memory of Lamonte "Joe" Charles Gilland, please visit our flower store.