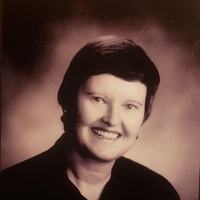 Kristina Mae (Skretteberg) Mitchell, 77, passed away on November 14, 2020 after a long battle with Myelodysplasia. She was born on October 28, 1943 to Carl and Edith (Masters) Skretteberg in Sheridan, WY. Kristy, as she liked to be called, graduated from Tongue River High School (Dayton, WY) in 1961 and received her Business Certificate from Nettleton College (Sioux Falls, SD) soon after. Kristy joined the team at BHJ, Inc. of Sheridan, WY on October 28, 1969, her 26th birthday, and worked there until she retired on the same date in 2009. On November 21, 1970, Kristy married Arthur “Art” Mitchell. They grew their family with the birth of Brian Craig in 1972. Kristy enjoyed reading, playing cribbage, and other card games. She also loved being on the mountain with family and friends. She is survived by 2 sons, Brian (Bree) Mitchell of Gillette, WY, Riley and Aidyn (grandsons); John (Lora) Mitchell of Puyallup, WA, Kinley, Ethan, Alli, Kami, and Madi (grandchildren); along with nieces and nephews, as well as many cousins.  Kristy was preceded in death by Art Mitchell (husband), Caren Ray (sister), and Carl and Edith Sketteberg (parents). A celebration of Kristy’s life will be held at a later date. An announcement will be made in the local paper and on Kristy’s Facebook page as a date is determined. In lieu of flowers, a donation to a local cancer initiative will be made in Kristy’s memory. The family requests that donations be made to the Kristina Mitchell Memorial at Campco Federal Credit Union, Attn: Jina Anderson, PO Box 3169, Gillette, WY 82717. Memorials and condolences can also be sent in care of Walker Funeral Home 410 Medical Arts Court, Gillette, WY 82716. Condolences may also be expressed at www.walkerfuneralgillette.com

To order memorial trees or send flowers to the family in memory of Kristina Mae Mitchell, please visit our flower store.