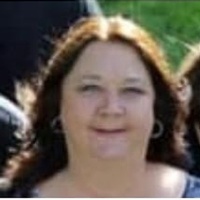 Memorial service for Kimberly Granzer will be held at 2:00 p.m., Saturday, March 9, 2019 at Gillette Memorial Chapel.Kimberly Lynn Granzer passed away on March 2, 2019 of unknown causes. She was born on March 2, 1965 in Dennison, Ohio and moved to Gillette with her family in 1980 when she was 15 years old. Kim attended Campbell County High School where she graduated in 1983, the same year she met her husband, Tim Granzer, who she later married on July 13, 1985. Kim had four children with Tim, their daughter Jamie Tullis and their three sons Robert Granzer, Timothy Granzer Jr., and Jesse Granzer. She worked at New Boces for more than 25 years where she was regarded as family by her co-workers and where she made a significant impact in the lives of so many children. Kim loved spending time with her family, playing darts, caring for her grandchildren, camping, and fishing. Kim was known by so many for her contagious smile and laughter and her kind, caring personality.

Kim was preceded in death by her Grandparents Anna and Harry Smith and Clara and Ralph Tullis, numerous aunts and uncles, her mother-in-law Sally Schofield, her sister-in-law Tammy Granzer, and her brother-in-law Warren Howlett.

Memorials and condolences may be sent in Kim’s name in care of Walker Funeral Home 410 Medical Arts Court, Gillette, WY 82176. Condolences may also be expressed at www.walkerfuneralgillette.com

To order memorial trees or send flowers to the family in memory of Kimberly Lynn Granzer, please visit our flower store.