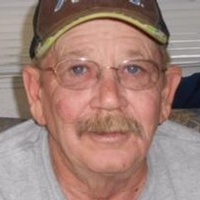 Memorial service for Kerry Streifel will be held at 11:00 a.m., Friday, June 15, 2018 at Family Life Church with Pastor Marty Crump and Pastor Gordon Harper officiating. Kerry Jon Streifel 63, of Gillette, WY passed away at his home on June 8, 2018. Kerry was born on September 20, 1954 in Devils Lake North Dakota to Nicholas William and Donna Arlene (Alexander) Streifel. He graduated from Devils Lake High School in 1972. He went on to earn his electrical license from North Dakota State College of Science in Wahpeton and then worked for several years at Jones Electric in Devils Lake after getting his degree. He married Jorgee Lynn Axdahl, in this union two children were born, they later divorced. Kerry moved to Gillette Wyoming in the early 1980’s where he met Christine Newton. They became best friends and a team who helped raise his children. They were constant companions for over 30 years. Kerry worked at Scott Brothers Electric in Gillette for many years. He loved life, helping friends, hunting, fishing, the great outdoors and BBQing (he made the best pork). For several years he volunteered his BBQing skills for the “Annual Children’s Charity Golf Tournament” benefitting the “Boys and Girls Club of Campbell County”. Kerry worked very hard so that he could play even harder. He is survived by his partner, Christine Newton and family; mother, Donna Streifel; sister, Laurie (Streifel) Walski and family; brother, Jason Streifel and family; brother-in-law,Allen Hansen and family; sister-in-law, Rita (Quammen) Streifel and family; daughter, Callie Jo Streifel and family; son, Joshua Streifel and family; and step-daughter, Reagan (Kiester) LePage and family. He is preceded in death by his father, Nicholas Streifel; sister, Cyndee (Streifel) Hansen; brother, Cordell Streifel; and brother-in-law, John Walski. Memorials can be made in Kerry’s name to benefit The Boys and Girls Club of Campbell County. Memorials and condolences may also be sent in care of Gillette Memorial Chapel 210 West 5th Street, Gillette, WY 82716. Condolences may also be expressed at www.gillettememorialchapel.com
A second service in North Dakota will be :  Mass of Christian Burial for Kerry Streifel will be held at 10:00 a.m., Monday, June 18, 2018 at St. Joseph Catholic Church in Devils Lake, ND.

To order memorial trees or send flowers to the family in memory of Kerry Jon Streifel, please visit our flower store.