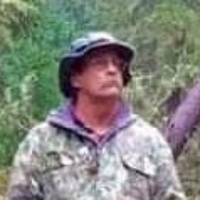 Funeral service for Kenton Riggle will be held at 11:00 a.m., Thursday, August 15, 2019 at Gillette Memorial Chapel; interment to follow at Mount Pisgah Cemetery. Visitation will take place two hours prior to service starting at 9:00 a.m. also at Gillette Memorial Chapel. Kenton Lee Riggle, 61 of Gillette passed away on August 7, 2019 at his home of a heart attack. Kenton was born on July 12, 1958 in Gillette, WY to Richard and Mary (Evans) Riggle. He grew up in the Wyodak subdivision until the family moved to a ranch south of Gillette. Kenton spent his childhood summers in Savageton at the Rassbach Ranch and family was very involved in 4H. Kenton attended school in Gillette and graduated from Campbell County High School in 1976. After high school he went on to earn an Automotive and Diesel mechanic degree from Wyotech. During high school Kenton met the love of his life Kay Percifield whom he would marry on July 31, 1977. That same year he started working for Black Thunder Coal Mine. On March 19, 1978 Kay and Kenton had their first son Jesse Lee; eight years later on January 4, Andy Lane was born to complete their family. Kenton’s family was one of the things he treasured most in life. In 1999 Kenton changed jobs and started working for Frank’s Alignment and then went on to work for Jordan Production as a pumper where he got to work with his son Andy. Kenton was an avid hunter, as he grew up hunting with his dad and siblings, which became the family hobby that everyone enjoyed and he passed on to his sons. Camping and 4-wheeling were also part of the family fun. Skiing was an enjoyed family pastime. Kay and Kenton also enjoyed riding his Harley and attending the rally in Sturgis. Later in life Kenton and Kay would enjoy trips alone together to the mountains and west coast. Kenton was preceded in death by father, Richard Riggle; mother, Mary (Evans) Riggle; sister, Terry Chandler; and infant sister, Sharon Riggle. He is survived by his soul mate, Kay (Percifield) Riggle; sons, Jesse (Melissa) Riggle; Andy (Amanda) Riggle; 3 grandchildren, Riddik and Renaya Osborne and Trystin Smith all of Gillette; stepmother, Marlene Riggle of DeMotte IN; brother, David (Debbie) Riggle of Gillette; sister, Julene (John) Allen of Fair Oaks, IN; sister, Linda (Stan) Friedland of Lawndale, NC; and numerous nieces, nephews and friends. In lieu of flowers the family has asked for memorials to be made in Kenton’s name. Memorials and condolences may be sent to Gillette Memorial Chapel 210 W. 5th Street, Gillette, WY 82716. Condolences may also be expressed at www.gillettememorialchapel.com

To order memorial trees or send flowers to the family in memory of Kenton Lee Riggle, please visit our flower store.