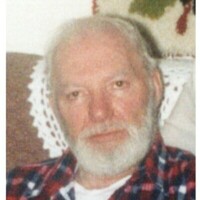 Keith Edward Kellar of Gillette, WY was called to his final journal to the heavens on October 8, 2020, at the age of 90, with family by his side. Keith was born July 24, 1930 to John and Margaret (Webb) Kellar in Williston, North Dakota. He was the first-born child of five and the only boy and big brother to four sisters. Keith’s first marriage was in 1953, which produced five children, they later divorced. Keith’s passion was farming and driving the (BIG RIGS) for many years. Keith was a hard worker and established many great friendships across the United States from his years of driving. In 1974, he married the love of his life, Nyla Jean (Stedem) Delaney. Keith and Nyla Jean lived in Casper, WY, where together they raised eight children. Upon Keith’s retirement in 1992, the couple moved back home to Ray, ND. In 2014, they moved to Gillette, WY; due to declining health and to be closer to family. In 2015, they entered The Legacy Living and Rehabilitation Center until the time of his death. He was a loving caring husband, father, brother, uncle, son and grandfather and will be missed by all that knew him. He is survived by his children, Brenda Kellar of Wichita Falls, TX; Suzanne Morris of Irving, TX; Candie Lavato (Joseph) of Elbert, CO; Cathy Delaney of Norfolk, VA; Mark Delaney (Pam) of Casper, WY; Mike Delaney (Pam) of Oak Harbor, WA; John Delaney (Jenny) of Camdenton, MO; James Delaney (Claire) of Independence, MO; and Julie Delaney-Hill (Tom) of Gillette, WY; numerous grandchildren, great-grandchildren, nieces and nephews. He is preceded in death by his wife, Nyla Jean of 46 years, sisters, Carol, Shirley, Pat and Peg; sons, John Kellar and Joseph Kellar; daughters, Janie Wilson and Christine Robertson, and granddaughter, Kyla Delaney. There will be no funeral service at this time, however, a celebration of life for Keith and Nyla Jean will be planned for Summer 2021 in Ray, ND. Memorials and condolences may be sent in care of Walker Funeral Home 410 Medical Arts Court, Gillette, WY 82716. Condolences may also be expressed at www.walkerfuneralgillette.com

To order memorial trees or send flowers to the family in memory of Keith Edward Kellar, please visit our flower store.