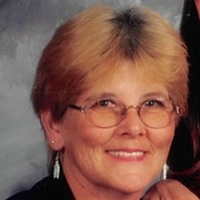 Kathleen “Kathy” Margaret Bartz entered this world on October 22, 1949 in Flint, Michigan to Wilbur and Geneva Bartz. She was one of 6 children David, Linda, Gloria, Diane and Ross. David, Linda and Kathy were raised by their grandparents, Mama and Papa in Hubbard Lake, MI. Gloria, Diane and Ross were raise by Wilbur and Jane in Hubbard Lake, MI. Kathy attended school in Alpena, MI.

She married Enos A. Wrenn and from that union a daughter, Faith Marie was born on May 25, 1972 in Muskegon, MI. The couple later divorced. Candy moved from Michigan to Indiana then Colorado before moving to Campbell County in 1976. She later married Richard Koch, which ended in divorce.

Being raised by her grandparents she worked hard on the farm, played hard and had tons of stories of all of them getting into trouble.  She loved to travel, could sew anything you asked of her, books to her were the world; once getting a degree in English Literature, loved to garden and could get anything to grow.

Candy worked at Belle Ayr mine, running equipment and also as a dispatcher until her retirement. She was also an EMT and volunteered at the Union Chapel fire station.

Not having the big family that she planned to have, she was blessed to be claimed mom and grandma by so many children in the 41 years she was in Wyoming, including being a foster parent until she went to work in the coal mine in 1979. It was her greatest joy in her retirement being the resident grandma getting 4 boys off to school in the morning and off the bus after school until she became sick in April. To anyone that she met the stories she told the most though, were those of her family; how proud she was of her daughter, how she cared for her family and her patients; her chosen son through marriage, how far he had grown and how she could not love him anymore even if he was hers; Her entire world, her grandchildren – The often misunderstood artist, the unreserved, the gentle giant, the watcher to all, the late to the family but fits right in, her fashion consultant, and her laughter. There are endless stories of birthday parties, hiking trips, gardening mishaps, teachings of home improvements, countless “is this recipe a keeper” nights and “I remember when you were little” stories.

To order memorial trees or send flowers to the family in memory of Kathleen "Candy" Koch, please visit our flower store.