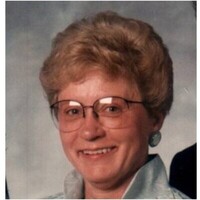 Mass of Christian Burial for Kathleen Bridges will be held at 11:00 a.m., Thursday, October 6, 2022 at St. Matthew's Catholic Church with Father Steven M. Titus officiating; interment to follow at Mt. Pisgah Cemetery. Visitation will be held from 5:00 p.m. to 6:00 p.m., Wednesday, October 5, 2022 at Gillette Memorial Chapel with Vigil beginning at 6:00 p.m.  Kathleen Bridges age 81, former Gillette resident, passed away Saturday, October 1, 2022 at Davis Hospice Center, Cheyenne, WY. Kathy was born on August 11, 1941, in Klamath Falls, Oregon.  She was the daughter of Howard and Frances (O’Rourke) Daniel.  Howard was serving in the army during WWII and was stationed in Klamath Falls.  Upon the end of the war, the family moved to Mahnomen, MN where they began working the family farm.  Kathy attended school and graduated in Mahnomen, MN.  She then went to medical school in Minneapolis, MN and graduated as a lab technician.  In 1960, she applied for and accepted a job in Gillette, WY for Dr. Baughman and worked for him for a few years.

She met and married James “Jim” Bridges in Gillette on September 16, 1961.  She was a loving wife and spent many good times enjoying life spent with Jim.  Jim and Kathy worked side by side together in a contracting business for many years around the Gillette area.  Her exemplary work ethic and attention to detail were a gift to this business as well as in anything she put her mind to.

Kathy enjoyed ceramics and quilting.  Her enjoyment of crafting was reflected in her many beautiful projects given to family members.  She was a fabulous cook and for those that were lucky enough to eat her cooking, it was always something special.  Kathy was also a champion for people in need or people who were hurting.  Because of her many medical issues and surgeries throughout her entire life, she knew pain and anyone else in pain, she had empathy for them.  She reached out to those in pain and always had a way of making them feel better.  After Jim passed, she worked for Walker funeral home and although she was mourning her own husband, she was able to reach out to those who also were sharing in this hard part of life.

To order memorial trees or send flowers to the family in memory of Kathleen Frances Bridges, please visit our flower store.