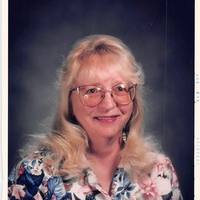 Karen Stein passed away peacefully on August 14, 2021 at the age of 80 in Gillette. She was born in Condo, ND on April 5, 1941 where she lived with her parents Melvin and Maxine Pederson and her sister Katherine.  During her childhood Karen learned the art of singing and acting.  Often singing solos at the Cando Lutheran Church.  She was also a lifeguard at the Cando city pool.  After graduating High School in Cando in 1959, she attended Minot State Teachers College where she perfected her singing and acting, appearing as the lead in notable plays as “Kiss Me Kate”, along with several others.

While serving with her first husband in the US Air Force, she continued her career in music and acting in several locations including the US Canal Zone.  Here, she starred in many plays including, “Oliver”, “Showboat”, “Brigadoon” and “My Fair Lady”.  In 1972, Karen returned with her four children to North Dakota and completed her college education at MSTC with a degree in music.  She taught music, band and Spanish for several years in Antler ND, where she met TJ. Later she became the music teacher at Campbell County School District, where she taught music for 19 years.  She taught private piano lessons to many students.   She was active in the Gillette Chapter of the American Legion, Eagles Lodge, Moose Lodge.  She enjoyed fishing, camping, crocheting, bowling, darts and a huge fan of Nascar.

She married Thomas (TJ) Stein in October of 1974 in Antler, ND.  They became the parents of Michael Stein of Gillette.

Karen is preceded in death by her husband TJ, her sister Katherine, Katherine’s son Johnny and her parents Melvin and Maxine.

Karen was incredibly passionate and proud of her family.

There will be celebration of life service for TJ and Karen on September 21 at the American Legion at 11:00 am.

To order memorial trees or send flowers to the family in memory of Karen Lee Stein, please visit our flower store.