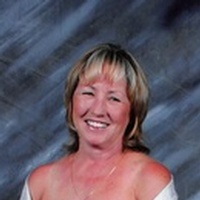 Karen Clark age 61, passed away in her home on December 16, 2018, after a long battle with COPD.  Karen was born March 21, 1957, in Lewistown, Montana, to parents John Clark and Edna Champion.  Karen was raised in Billings, Montana, and married David G. Dahms in 1973.  From this marriage they had two children, David and Kristy.  David and Karen later moved to Gillette, Wyoming, where Karen spent the rest of her years.

Karen began her career in the grocery business with Deckers where she was employed from 1975 to 1985.  She was then employed at Albertsons from 1987 to 2012.  During this time period she was also employed at Good Times Lounge, where she fostered many long lasting friendships.  In 2012, after many years serving others, she was able to devote her time to watching her grandson, Brody.

Karen enjoyed reading, playing scrabble and spending time with friends and family.  Karen enjoyed road trips with her girlfriends and daughter.  One of her greatest joys was spending time with her grandson, Brody.  Connie Hulse, who Karen was honored to call Mom, was a big part of Karen’s life. Connie introduced her daughter, Colleen Knott to Karen; which resulted in a lifelong friendship.  Karen and Colleen were best friends and shared many laughs.  Karen also loved her fluffy little companion, Pip.

Karen is survived by son, David J. (Brooke) Dahms of Bismarck, North Dakota; daughter Kristy (Tim) Mollman of Gillette, Wyoming; grandsons, Noah and Brody; sister, Kim (Mel) Beatty of Gillette, Wyoming; brothers, Mike Clark of Gillette, Wyoming and Keith (Jeannie) Nesheim of Anchorage, Alaska; and several nieces and nephews. Karen is preceded in death by her grandparents, parents and her brothers, Greg and Curtis. Karen has asked in lieu of flowers, charitable donations to be given to Wyoming Cares or St Jude’s. Memorials and condolences may be sent in care of Gillette Memorial Chapel 210 West 5th Street, Gillette, WY 82716. Condolences may also be expressed at www.gillettememorialchapel.com

To order memorial trees or send flowers to the family in memory of Karen Mae Clark, please visit our flower store.