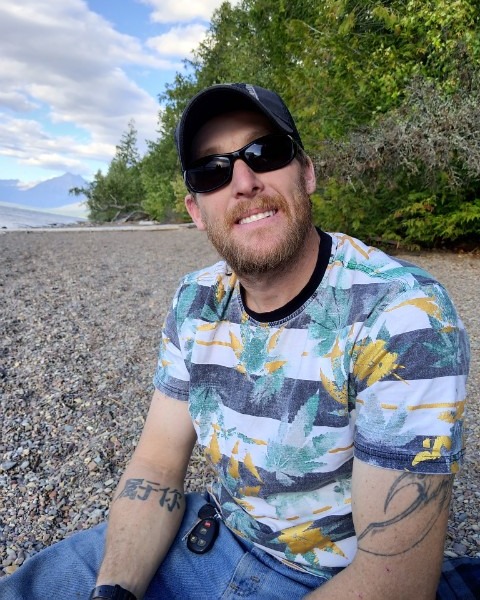 A gathering of family and friends for Justian Browning, 41, of Gillette will be from 11 a.m. - 1 p.m., Thursday, December 22, 2022 at Walker Funeral Home in Gillette, Wyoming. Justian died December 10 from a motor vehicle accident in Campbell County. Justian was born on May 21, 1981 in Kalispell, Montana to Roy and Casey (Faulk) White. He began school in Hungry Horse, Montana. He later moved to Wyoming where he finished his formal education.  Upon the completion of his school he went to work. Started with Exploration Inc. and he eventually began working for Walker Inspection around 2010 where he was employed at the time of his death. He was a hardworking man who worked his butt off to give his family everything.  Justian married Nicole Christianson they were together for more than 20 years. My king Justian seen a young mom struggling with a one month old and has raised him as his own. Together they made their home together in Gillette raising their children here.  Justian enjoyed all things mechanical.  He was handy around the house and could fix about anything. He was a rock to his family, he was a goofball, his kids could not think of a bad memory of time spent with him. Justian will be sorely missed by his wife Nicole; children: Michael Christianson, Justian Browning and Neveah Browning; granddaughter, Ariella Browning all of Gillette. He is preceded in death by his mother and father. Memorials and condolences may be sent in care of Walker Funeral Home 410 Medical Arts Court, Gillette, WY 82716. Condolences may also be expressed at www.walkerfuneralgillette.com

To order memorial trees or send flowers to the family in memory of Justian Wayne Browning, please visit our flower store.