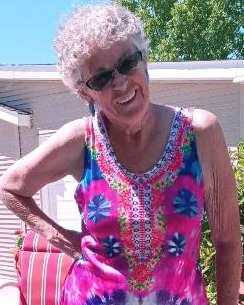 June Jerome, 72, of Rozet, lost her battle with cancer, Sunday January 8, 2023, at Saint Vincent Hospital, Billings Montana. June was born April 13, 1950, in Victoria Canada. Upon turning 13, the family moved to Junction City, Oregon. She would then move to Gillette in 1981, where she met Robert (BJ) Jerome. The couple were soon married in September of 1982. June enjoyed being surrounded by friends and family, telling stories and laughing as they sat around the fire. She had a love of flowers and was very knowledgeable about them. Ask her a question about flowers and with a smile on her face she would tell you all about it.

June is survived by her sister and nephews of Victoria, Canada; her two stepdaughters of Minnesota, and one stepson of Arizona.

June was preceded in death by her father, mother and her beloved husband, B.J. Jerome.

A celebration of life will take place at a future date.

To order memorial trees or send flowers to the family in memory of June E. Jerome, please visit our flower store.