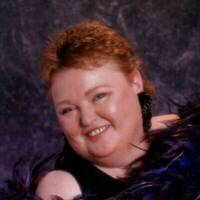 Judy Ann Lashmett, age 64, Osage, WY died June 13m 2022, from heart related issues. Judy was born on September 4, 1957 to Richard Eutsler and Maxine (Cole) Eutsler in Lusk, WY, joining sisters Sally and Sherry and brother, Joe. She grew up in Osage, then Upton, WY where she graduated from Upton High School in 1975. Se married Carl D. Lashmett, they later separated and divorced. Judy spent most of her work life cooking for others in area restaurants including Pahaska Teepee Resort in Cody, WY, Fountain Motor Inn in Newcastle, and Lula Belles Café in Gillette, WY. She opened Judy’s Café in Osage in 2005. She was forced to close the café a few years later due to health issues. She stayed in Osage, helping to care for her parents until their deaths, and until her own death. Judy loved to bake for friends and family, with her pies being an easy favorite. She was kind of a recluse preferring to stay home. She spent many holidays with family in Gillette including nieces and nephews, then their children; where she chased everyone out of the kitchen so she could cook in peace. Her brother-in-law, Bill would sneak in as many seasonings as he could especially to the turkey stuffing. She was a prolific reader, her books taking up any available space in her home. Judy is survived by her sister, Sally (Bill) Singleton of Gillette; brother, Joe Eutsler of Osage; nieces, and nephews and their children and cousins. She is preceded in death by her parents, Richard on April 14, 2008; Maxine on October 22, 2011; sister Sherry Thomas on December 3, 2003. Cremation has occurred and no formal services are planned. Memorials and condolences may be sent in care of Gillette Memorial Chapel 210 West 5th Street, Gillette, WY 82716. Condolences may also be expressed at www.gillettememorialchapel.com

To order memorial trees or send flowers to the family in memory of Judy Ann Lashmett, please visit our flower store.