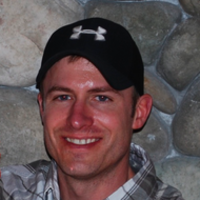 Joshua James Boardman left this earth on February 22, 2020. He was born September 6, 1983 to Jim and Debra (McMillan) Boardman and later adopted by Debra (Fletcher) Boardman. He joined this world in Spearfish, South Dakota but his home was in Gillette, Wyoming. Josh was educated and raised in Gillette. He lived his adolescent and teen years on the Boardman ranch around Weston. Josh had a need for “speed” as he had no fear from the time he was born….whether it was a horse, four wheeler, razor, a car, a bike or “the Jeep”. In 2012 his beautiful little girl came into this world. MIA aka MYA but he wanted her name to stand for “Missing In Action” (those that know Josh and his sense of humor get it). She became the brightest light in his life. Josh had an amazing gift working with his hands machining, welding and fabricating that enabled him to build a thriving company. He created Pro-Line Machining for his daughter Mia as she was his true legacy. Josh is survived by his daughter Mia; father, Jim; sisters, Kimberly; Shawna (Josh); Misty; and Jamie; brother, Dustin (Jackie); his Grandma Lenora and several aunts, uncles and cousins. He is preceded in death by his brother, Bryan and grandparents. Joshua James will be missed by all those who loved and knew him but most of all by his precious legacy, Mia. Memorials and condolences may be sent in care of Walker Funeral Home 410 Medical Arts Court, Gillette, WY 82716. Condolences may also be expressed at www.walkerfuneralgillette.com

To order memorial trees or send flowers to the family in memory of Joshua James Boardman, please visit our flower store.