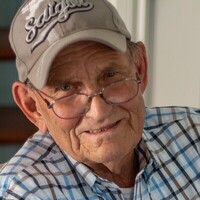 John E. “Jack” Gazzolo passed away Sunday, October 12, 2020 at Wyoming Medical Center due to respiratory complications from COVID-19. Jack was born March 26, 1937 at St. Ann’s Cradle Home in St. Louis, MO and was adopted by Louis F. and Gladys I. Gazzolo. He received schooling in St. Louis county school sand graduated from high school before enlisting in the Air Force in 1954. He served with the 92d A&E Maintenance Squadron during the Korean War. Jack married Ann (Tommie) Adams in 1656. They had three children, Terri Lynn, William (Bill) Edward, and Janice Ann. They later divorced in 1963. Jack later married Carolee Chaney in 1970 and to that union their daughter, Lisa Jean was born. They moved to Wyoming in 1978 where Jack worked for various contractors until 1980. At that time, he began working for Campbell County School District as the superintendent of buildings and ground until he retired in 1996. Carolee passed away in 1988. Jack then married Betty Jean Cox in 1989. They traveled extensively in their retirement and enjoyed wintering in Yuma, AZ. Jack served as past president of the AM Lions Club, past chairman of the Gillette Board of Examiners, and most recently served on the Senior Board. Jack was also a member of the High Plains Community Church. Jack is survived by his wife Betty Jean; daughters, Janice Hughes and Lisa Geer; stepsons Dick Cox and Jerry Cox; grandchildren, Kristy Jennings, Brandon Hughes, Brandon Cox, Tyler Cox, Joey Gazzolo-Geer, Karli Geer, and Lainey Geer as well as 5 great grandchildren. Jack was preceded in death by his children Bill and Terri and grandson Cody Hughes. A celebration of life will be held at a later date. The family request that memorials be made in Jack’s name to benefit St. Jude’s Children’s Hospital. Memorials and condolences may be sent in care of Walker Funeral Home 410 Medical Arts Court, Gillette, WY 82716. Condolences may also be expressed at www.walkerfuneralgillette.com

To order memorial trees or send flowers to the family in memory of John "Jack" Edward Gazzolo, please visit our flower store.