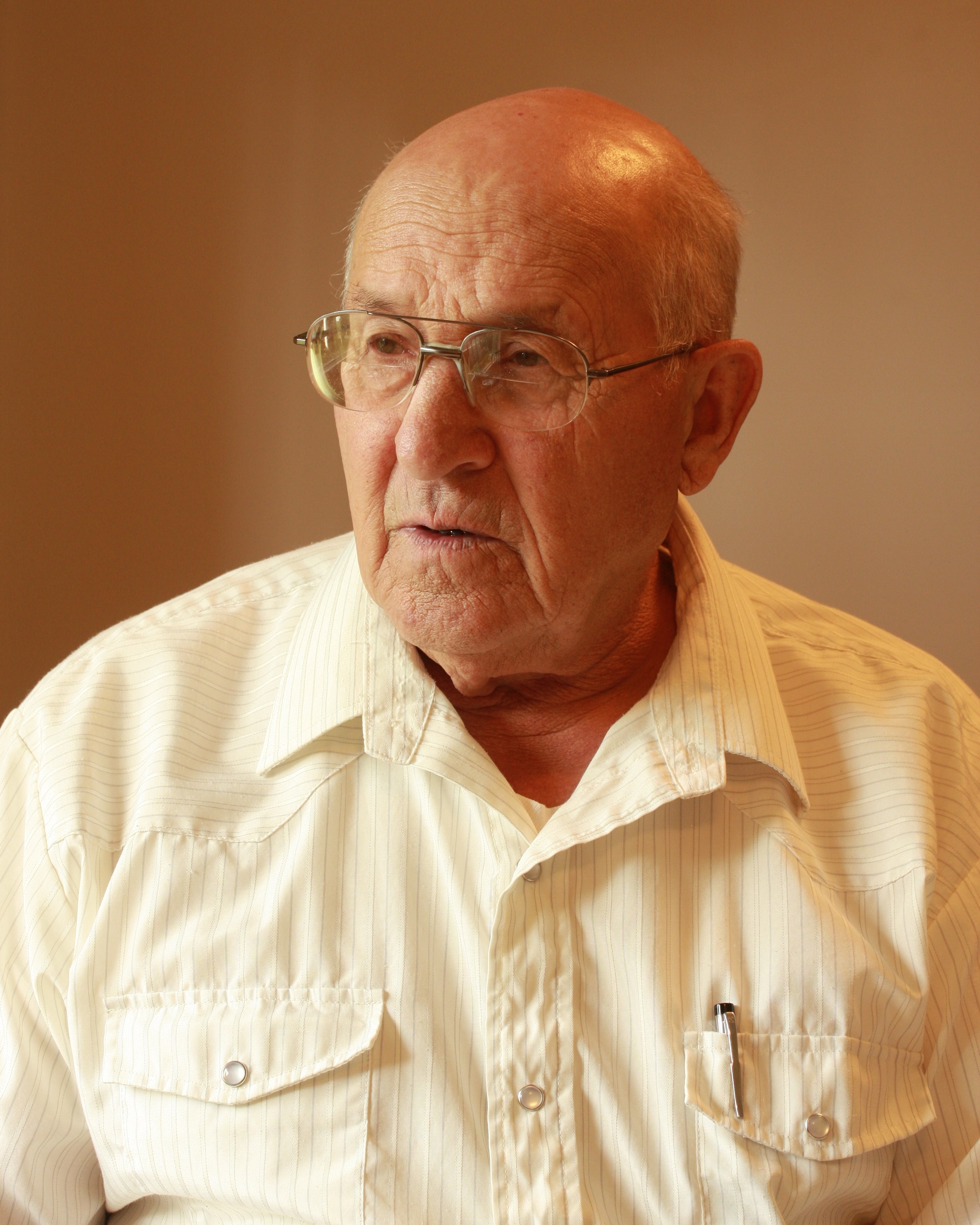 Funeral service for John Groves will be held at 10:00 a.m., Tuesday, December 13, 2022 at Family Life Church with Pastor Marty Crump officiating; interment to follow at Savageton Cemetery. Visitation will be held from 4:00 p.m. to 7:00 p.m., Monday, December 12, 2022 at Gillette Memorial Chapel. John Wilbur Groves, age 94 of Gillette, WY passed away December 2, 2022 at Primrose Retirement Community.  John was born to Howard Thomas Groves and Cecelia Mary Groves, in Gillette, WY on December 24, 1927.  He was raised along with five siblings in the Savageton area of Campbell County.  He attended grade school in a white schoolhouse with two additional little white rooms (out houses). He obtained his dislike of oatmeal from the teacher that stayed with the family.  She insisted on oatmeal each and every morning, so that’s what the rest of the family ate as well.  John graduated from Campbell County High School in 1946. While in high school he was part of the band, developing a love of music, which led to learning the guitar and playing for community dances. After graduation one of his odd jobs involved hauling ice blocks from Sturgis, SD to Gillette.  In March of 1947, John went to work for his Uncle Henry Schlautman on his ranch.  He married the love of his life, Wanda Lee Lemons on July 1, 1950 and celebrated 72 wonderful years together.  To their marriage three daughters were born: Nancy Lee, Carolyn Sue, and Lois Ann.  John and Wanda purchased the ranch in 1963, raising Hereford cattle and then switching to Black Angus.  They raised their own grain for winter cake feed, and put up the hay needed to get the livestock through the cold season. Every October the ranch hosted many out of state hunters who became life long friends.  John provided guiding services and enjoyed visiting with the many that came to hunt antelope.  John was a 4-H leader for many years helping his daughters with their beef projects.  He chaperoned and was the firearms instructor at 4-H Camp until he started to lose his eyesight. He flipped many a pancake at the 4-H community pancake supper/card parties, and helped with many miles of 4-J Hwy road cleanup.  During this time, John and Wanda also enjoyed square dancing with the local Gillette group.  John was instrumental in getting a wild land fire truck for southern Campbell County.  He joined the department in June of 1967 and served 30 yrs. as a volunteer.  John also, was on the Joint Powers Fire Board for 15 years, a few of those as chairman. Upon losing his sight to macular degeneration, John attended the Lions Blind Camp on Casper Mountain, where he learned the art of lapidary (rock cutting/polishing).  He soon became an instructor of lapidary, teaching many students through the years at the camp.  He looked forward every year to helping the kids learn to make jewelry.  He continued the lapidary art making many pieces of jewelry for his family and friends.  Losing his eyesight also lead John to the Wyoming Council of the Blind, where he served as a founding board member.  He also served on the board of the Montgomery Trust for the Blind, which provides grants for Wyoming residents.  In later years, John and Wanda purchased a home in Beaver Dam, AZ where they enjoyed the winters, gambling, and Sunday gatherings with friends. For the last two years, John and Wanda resided at Primrose Retirement Community where he thoroughly enjoyed the happy hour music on Friday nights. John is preceded in death by his parents, wife Wanda, and siblings Clifford Groves, Urban Groves, and Joan Wolff. John is survived by his brother Glenn (Francis) Groves; sister Marlene Newton; daughters Nancy (Glen) Terry, Carolyn (Jim) Blauert, and Lois (Bob) Edwards; eight grandchildren and fifteen great-grandchildren.  The family suggest memorials may be made to benefit Wyoming Council of the Blind. Please send donations to D'Anna Feurt, WY Council of The Blind, Treasurer, 3701 Harvey St, Cheyenne, WY, 82009.  Condolences may be sent in care of Gillette Memorial Chapel 210 West 5th Street, Gillette, WY 82716. Condolences may also be expressed at www.gillettememorialchapel.com