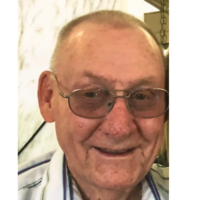 Joe Don Banks, 86, passed away Sunday, December 29, 2019 at Campbell County Memorial Hospital of natural causes. He was born October 4, 1933 in Cleveland, TX. He attended and graduated from school in Cleveland, TX. He then moved to Greybull, WY where he met his wife; Joyce Burnside. The couple moved to Gillette, WY in 1958 where Joe was employed in the oil and gas industry. They raised their family in Gillette. Joe took great pleasure in his family, grandchildren and great-grandchildren. Joe loved meeting people and had a generous heart. He was a member of Gillette Church of Christ. He will be greatly missed by his family and friends. Joe is survived by his daughter, Julia (Les) Bugbee of Marana, AZ; son, Jack (Kerrie) Banks of Wright, WY; son, Jerry Banks of Gillette, WY; eight grandchildren, eleven great-grandchildren, numerous nieces and nephews. He is preceded in death by his parents, two brothers, wife, Joyce, and three children, Joel, Janet, and James. Memorials and condolences may be sent in care of Walker Funeral Home 410 Medical Arts Court, Gillette, WY 82716. Condolences may also be expressed at www.walkerfuneralgillette.com

To order memorial trees or send flowers to the family in memory of Joe Don Banks, please visit our flower store.