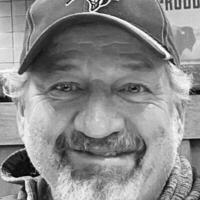 Jesse Elbert Sullivan Jr. of Gillette was called home to be with his Heavenly Father in the early hours of Saturday, Oct. 3, 2020, at his home. He became a Christian at 18 years old and dedicated his life to serving the Lord. Memorial services begin at 2 p.m. Friday at Central Baptist Church facilitated by Pastor Scott Clem with a viewing for friends and family at 1 p.m.

Jesse was born Feb. 20, 1964, to Jesse and Gwen Sullivan. He was born and raised in Gillette and enjoyed riding his bike and playing ball with the neighbor kids. He enjoyed outdoor activities such as fishing, shooting, riding motorcycles and working on and racing stock cars.

Jesse was a hard worker and started working at a very young age. He worked side by side with his father at the family business, Jesse’s Disposal, for many years. He was a loving father to his three daughters and long-awaited son. Jesse married the love of his life, Norma, on Dec. 28, 2005, with whom he spent the rest of his years. Jesse is survived by his mother, Gwen Sullivan; wife, Norma Sullivan; sisters, Brenda Hunt and Gwen Bitner; daughters, Jennifer (Justin) Rossiter, Jessica (Hawk) Petri and Jamie (Josh) Boswell; son, Joshua Sullivan; 10 grandchildren; and several extended family members. He was preceded in death by his father, Jesse Sullivan Sr.; and brother, David Sullivan. Memorials and condolences may be sent to Central Baptist Church.

To order memorial trees or send flowers to the family in memory of Jesse Elbert Sullivan Jr., please visit our flower store.