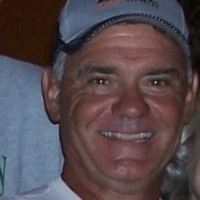 Mass of Christian Burial for Jerome Schantz will be held at 10:00 a.m., Thursday November 5, 2020 at St. Matthew's Catholic Church, Gillette, WY; with Father Bryce Lungren officiating. The service will be lived-streamed at www.walkerfuneralgillette.com; a link of the streaming with be attached to Jerome’s obituary. A luncheon and time of fellowship will take place following mass at Recluse Hall. Internment will take place the following day in Sheridan, WY. Jerome J. Schantz, 72, Spotted Horse, passed away October 24, 2020 peacefully surrounded by his loved ones. Jerome was born April 27,1948 in Elgin, ND to George J. and Tecla (Anton) Schantz. He grew up in Glen Ullin, ND graduating high school in 1966, and worked the family farm with his dad and brothers. In 1968 he married Susan Horst. Together they had two daughters, Jennifer and Stephany. Soon after they made their way to Wyoming where they helped operate the KOA Campground with the Horst’s. Susan and Jerome later divorced, but remained close friends. Jerome was a jack-of-all-trades and did everything from school bus driving to serving as Vice President of Barter Bank of America.  In 1991 he found his calling in Spotted Horse, WY, when he bought the bar and never looked back. He later met Coleen Eisele and they made a home and life together at Spotted Horse. Jerome was liked by everyone that met him. He was always willing to give a hand to those who needed it or have a beer with his many dear friends at the bar.  He loved going back to North Dakota to help with the crops, and we are so happy he got one last harvest in this year. Jerome was a collector of many things and couldn't go passed an antique store without stopping in. His greatest joys were his daughters and two grandkids Kylie and Cameron. He was such a proud grandpa when he was able to catch a hockey game or a marching band performance.  It also made his heart so happy that Jennifer and her husband Brian moved to Spotted Horse this summer. He loved spending time with all of his siblings, nieces, nephews and other family members. Whether it was going out hunting, fishing or just sitting around and talking, Jerome always enjoyed time with his family. Jerome will be deeply missed by his children, Jennifer (Brian) McLaughlin, Spotted Horse, WY and Stephany (Garrett) Beaver, Mandan, ND; grandchildren Kylie and Cameron Beaver; his partner in life Coleen Eisele; brothers Donald (Polly), Ernest (Mary), George (Joanne), and Nick (Leann); sisters Patsy Glasser, Janice (Nick) Mosbrucker, Joanne (Stanley) Heinemeir, Bonnie Nelson and Carolyn (Jim) Opp and many, many dear nieces and nephews. Jerome was preceded in death by his parents, George and Tecla (Anton) Schantz; two brothers, Eugene and Richard; and one sister, Mary Sue. Memorials and condolences may be sent in care of Walker Funeral Home 410 Medical Arts Court, Gillette, WY 82716. Condolences may also be expressed at www.walkerfuneralgillette.com

To order memorial trees or send flowers to the family in memory of Jerome Joseph Schantz, please visit our flower store.