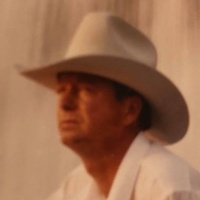 A Mass of Christian Burial for Jay Wilkinson Sr., will be held at 11:00 a.m. Wednesday, April 11, 2018 at St. Matthews Catholic Church in Gillette, Wyoming with the Father Cliff Jacobson officiating. Visitation will be from 5:00 p.m. to 7:00 p.m., Tuesday, April 10, 2018 at Gillette Memorial Chapel with Vigil to begin at 7:00 p.m.  Jay Eugene Wilkinson Sr., age 65, passed away Friday, April 6, 2018 at Lasting Legacy Home, surrounded by the love of his family. Jay was born on October 29, 1952 in Great Bend, Kansas to William Louis and Stella Mae (Shastid) Wilkinson.  He spent his early childhood in Sterling, Colorado where he fell in love with horses and all things country.  His family later moved to Rozet, Wyoming where he attended Rozet Elementary School.  During his teenage years Jay broke horses and worked for area ranchers.  He graduated from Campbell County High School in 1971. Jay married Cathy Wallace on July 1, 1971. They moved to Denver, Colorado where Jay was a Sous Chef for several restaurants.  In July 1972 he enlisted in the Army and served for 3 years.  He was stationed at Ft. Carson, Colorado and Tori Station in Okinawa.  During that time they had two children, Cathy Jo and Jay Eugene Wilkinson Jr.  After an Honorable Discharge they moved back to Colorado.  He moved his family back to Wyoming in 1978.  In 1979, they welcomed their third child, Treasure Lynn.  In Wyoming, Jay worked for Fuller and Sons Construction, Permian Oil, and North Antelope-Rochelle Coal Mine. Jay was a cowboy with a strong love for the western way of life.  He broke horses, and was a farrier all over Northeast Wyoming.  Jay helped out on many ranches and loved to help with brandings.  He was an avid book reader with an extensive Western novel collection.  Jay never met a stranger and could strike up a conversation with anybody. Jay battled Parkinson’s disease for 20 years and refused to let it keep him down.  The family would like to thank Campbell County Home Health and Hospice and Lasting Legacy for the excellent love and care they provided. He is survived by Cathy; his three children, Cathy Jo (Ty) Coursey, Jay (Laura) Wilkinson, Treasure (Jake) Boller; ten grandchildren, Larry (Kelley), Chase, Meghan, and Ryan Coursey, Dawson and Ali Wilkinson, John Bozovich, Tyler, Cody, and Brady Boller; one great-granddaughter, Reylynn Coursey; sisters, Velma (Dan) Daughtery, Wilma Hamilton, Dianna (Jerry) Evans, Lorraine (Ernie) Johnson, a sister-in-law, Deb (Greg) Johnson, and several nieces and nephews.  Jay was preceded in death by his parents; brothers, Louis, James and Marty Wilkinson; sister, Joy Speigelmyer; father-in-law, Ted Wallace, mother-in-law, Frances Wallace; brothers-in-law, Harlan Hamilton and Kenny Wallace. A memorial has been established to benefit Close to Home Hospice or The Legacy Living and Rehabilitation Center. Memorials and condolences may be sent in care of Gillette Memorial Chapel, 210 West 5th Street, Gillette, WY 82716. Condolences may also be expressed at www.gillettememorialchapel.com
To order memorial trees or send flowers to the family in memory of Jay Eugene Wilkinson Sr., please visit our flower store.