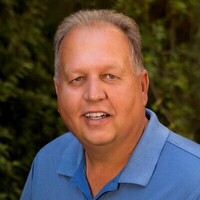 Jason was born February 25, 1962 to Lawrence and Mavis Kannegieter in Brookings, South Dakota. He attended elementary school in Estelline, South Dakota until second grade and then attended school in Canby, Minnesota through 8th grade. In 1976 his family moved from their family farm to Gillette, Wyoming.  He attended Twin Spruce Junior High School and graduated from Campbell County High School in 1980. He worked for Dry Fork Station in high school hanging sheet metal in the evenings and worked on Paul Rourke’s ranch as well.

Jason met the love of his life, Teresa Stump in 1979 and they were later married on February 27, 1982 in Gillette, Wyoming. Jason worked for National Productions Systems and was soon transferred to Watford City, North Dakota where they had their daughter Desiree in August of 1984.  They were transferred to Roosevelt, Utah where Jason managed National Oilwell for five years and the company was later bought out by Trico Industries. He requested to be transferred to Gillette, Wyoming to be closer to family. He worked for Trico Industries for about a year before starting at Craig’s Pump and Engine Service.  Jason then decided to take a leap of faith and ventured out on his own and started Pump Sales & Service where shortly after, his father-in-law moved back to join as his business partner. The two ran a very successful oilfield and coal bed methane service company with many great employees over the years and went on to sell the company about 13 years later. Jason bought back into the new company; Fluid Compressor Partners later known as Flogistix. He then went to work for Ballard Petroleum for a while before deciding to retire from the oilfield industry.

Jason loved all things farming and was often found taking his vacations to help family or close friends run equipment each year for harvest.  His love for farming eventually led him to start Ag Sales & Service in 2018 where he did custom farming for the Gillette and western South Dakota areas. He enjoyed working with ranchers and farmers all over and never considered it a job but instead his passion.

He was a family man and his mission was to work hard to make the best life possible for his wife and daughter. Jason loved Jesus Christ, was strong in his faith and a God-fearing man who loved his church family and could often be found serving in church on Sundays and involved in life groups over the years.

Jason will be greatly missed by anyone who had the chance to know him; however, we rejoice in the fact that he is no longer suffering and back in the arms of the Lord. Memorials and condolences may be sent in care of Gillette Memorial Chapel 210 West 5th Street, Gillette, WY 82716. Condolences may also be expressed at www.gillettememorialchapel.com.

Due to technical issues, the live stream of this service may not be available at times.
If you are not able to view the live stream, please come back tomorrow
as the full service will be uploaded for viewing.
We apologize for any inconvenience this may cause.

To order memorial trees or send flowers to the family in memory of Jason Alan Kannegieter, please visit our flower store.