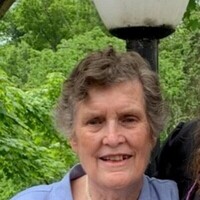 Janice Louise Young, 76, of Gillette passed away Saturday January 22, 2022 at her home in Gillette of natural causes.  Janice was born the second of three daughters on August 3, 1945 in Fallon, Nevada to TJ and Louise Hickey. The family spent many years camping, rockhounding and exploring rural Nevada. She moved to Gillette in early 1981 with her daughter Bobbi.  She was a long-time employee of the City of Gillette working in the finance department retiring in 2007. Janice was an avid camper and spent much time camping with various family members in the Big Horns and Black Hills. She also enjoyed fishing Keyhole with her brother-in-law Loyd Stephens.  She was a regular water walker at the rec center and was a dedicated pet mom.  Janice was preceded in death by her parents TJ and Louise, and one sister Barbara. She is survived by one sister Carol (Loyd) Stephens, her daughter Bobbi (Paul) Maller and granddaughter Elizabeth Maller. She is also survived by several nieces and nephews and 2 grandnieces she was especially close to. Memorial services will be held at the Walker Funeral Home Friday January 28, 2022 at 10 A.M. with visitation starting at 9 A.M.  Memorials and condolences can be sent to Walker Funeral Home 410 Medical Arts Court, Gillette, Wyoming 82716. Condolences may also be expressed at www.walkerfuneralgillette.com. In lieu of flowers gifts may also be made to the Fur Kids Foundation, PO Box 7074, Gillette, WY 82717.

To order memorial trees or send flowers to the family in memory of Janice Louise Young, please visit our flower store.