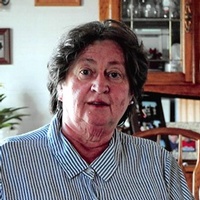 Memorial service for Janet Harris will be held at 3:00 p.m., Friday, October 26, 2018 at Walker Funeral Home with Chaplain Donny Edwards officiating. Janet Harris age 65, passed away Tuesday, October 23, 2018 at Close to Home Hospice from cancer. Janet Louise (Spilde) Harris was born on July 21, 1953 in Watertown, SD; she lived on the family farm in Willow Lake, SD until a tornado wiped out the farm in 1963. The family then moved to Rapid City, SD. Janet met the love of her life Ed Harris on December 27, 1985. The couple was married on July 11, 1987; and to this union they had one son, George who was born on January 30, 1992. Janet loved going camping and hunting with Ed. She collected bells and enjoyed doing needle point. She bravely fought cancer for nine years; the last four without her left leg. She worked around people her whole life, but had to quit after she got cancer. Janet is survived by her husband, Ed Harris; son, George (Lacy); grandkids, Bentley, Savannha, and Hailey; siblings, Lyla, Lorraine, Janice, Lynnet, and Jim. She is preceded in death by father, Robert Spilde; and brother-in-law, Wayne. Memorials and condolences may be sent in care of Walker Funeral Home 410 Medical Arts Court, Gillette, WY 82716. Condolences may also be expressed at www.walkerfueralgillette.com

To order memorial trees or send flowers to the family in memory of Janet Louise Harris, please visit our flower store.