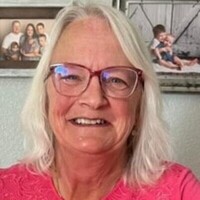 Jane Patricia Cranston (Patty), of Gillette Wyoming, passed away August 7, 2022 in her home. She was a caring wife, mother, grandmother, sister and friend.

Jane was born on April 2, 1962 to Renate Geisla Berger Carnal & James Larion Carnal, in Berlin, Germany. She grew up in Alabama but eventually moved away and met her husband, Jeff Cranston, while working for the Red Cross in Athens Greece. She then started working for Insperity where she has worked for 20 plus years. She had two children, Jeffrey Tyler Cranston and Juliet Helena Krug. She loved reading and going to the beach.

Jane is survived by her husband, Jeff Cranston, her daughter, Juliet (Justin Krug) and 5 grand children - Emberleigh, Caden, Levi, Hunter and Kylee; as well as her two sisters, Debra & Diana.  She was preceded in death by her parents, James & Renate Carnal; her brother, Jimmy; and her beloved son, Jeffrey.

She will be missed by many, but never forgotten. Memorials and condolences may be sent in care of Walker Funeral Home 410 Medical Arts Court, Gillette, WY 82716. Condolences may also be expressed at www.walkerfuneralgillette.com

To order memorial trees or send flowers to the family in memory of Jane Patricia Cranston, please visit our flower store.