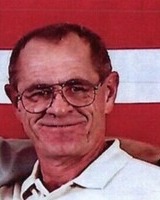 James "Jim" William Stanley, age 73, lost his battle with long-term respiratory illness on January 14, 2021, at Campbell County Hospital. Jim was born February 4, 1948, to William and Esther Stanley in Minot, North Dakota. Even his birth proved he could not do anything without being exciting. He was a month past his due date and weighed 13 lbs. He quickly grew too big for the small town of Sherwood, North Dakota, so he spread his wings to travel the world. He enlisted in the United States Marine Corps. performing electronics work for the U.S. Navy in San Diego for most of his enlistment. He would later offer his service (and part of his left hand) to his country and community with two separate enlistments in the National Guard and as a volunteer fireman. Carpe Diem did not even begin to describe his life. Jim lived and died more times than most people can count. If it was a dangerous adventure, then he would be the first person to volunteer. Jim loved to travel. His favorite way to experience the world was on 2 wheels with the wind in his hair. In 2007, he had to cancel his cross-country motorcycle trip due to an accident that claimed his left leg. After he got his prosthetic leg and a new bike, he had his Spyder shipped to Hawaii so he could earn an "I Rode Mine" patch from every state. He also had an avid interest in guns, archery, hunting, guns, movies, music, his pet snakes, stained glass and more guns. Anyone that encountered him would say he was either the kindest man they had ever met or the biggest jerk ever. No matter what, he made sure to be memorable. He loved to be a clown. Any time he made a person laugh, his day was complete. He loved telling people that he had 1 leg, 9 fingers, 1 kidney, 5 teeth, no hearing and bad eyesight. He would gladly pour a cup of coffee and tell the story that went with each. Jim was a Jack of all trades. He would grow bored rather quickly, so he had dabbled in almost every profession. He spent most of his life in the construction or mining industry, finishing his working career with the Black Thunder Coal Mine in 2018. The loss of his son in a car accident just prior wore his health down to where he was not able to return to work. This opened the door to his true calling as Full Time Grandpa. He was preceded in death by both of his parents; his older brother, Ronald; and his only son, Hunter. He is survived by his brothers, Bill, Tom, Rich; his daughter, Rya (Travis) Brandenburg; his daughter-in-law, Stacy Stanley; his grandchildren, Dravin Stanley, Gazriel Averett, Tenleigh Brandenburg, Kailyn Stanley, and Annabel Stanley; many nieces and nephews and also all of his adopted children, grandchildren and great grandchildren that made his life worth living every day. A memorial service will be held on Saturday, January 29th, from 2pm -5pm, at the Campbell County Senior Center. Please bring a funny story to add to his memory album. Memorials and condolences may be sent in care of Walker Funeral Home 410 Medical Arts Court, Gillette, WY 82716. Condolences may also be expressed at www.walkerfuneralgillette.com

To order memorial trees or send flowers to the family in memory of James Stanley, please visit our flower store.