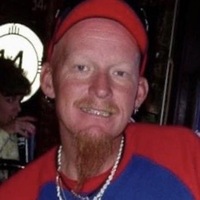 James “Jim” Robert Peterson III, 53, passed away at his home September 2, 2020 of unknown causes. A memorial service will be held for Jim at Walker Funeral Home Thursday, September 10, 2020 at 10:00am. Jim was born January 25, 1967 to parents, Jim and Barb Peterson. It was a frigid night in Leadville, Colorado. Jim later moved with his family to Gillette, Wyoming. He attended school in Gillette, graduating from Campbell County High School. He was employed for a short time by L&H Machine Shop, and later by Bell Knob Golf Course. There he attended many trade schools learning the art of greens keeping and irrigation. He took a great interest in the irrigation field, and later worked for Gillette Country Club. He was later employed by D&D Sprinkler Systems, as well as working for a short time at the coal mine. During his time at the coal mine he received a severe neck injury. After his injury he returned to the irrigation field where he gained the reputation of “The Sprinkler Man”. Over several years, his injury got worse and his doctor told him he could no longer work. After a period of five years, he was approved for surgery for his neck injury. Complications from this surgery resulted in his untimely death. Jim had a passion for being outdoors hunting and fishing. He also enjoyed working on projects including wood working and RC cars. He shared these passions with friends and family. Jim will be remembered for his bright smile, his willingness to lend a helping hand, and his amazing personality. Everyone who knew and loved Jim will miss him dearly. Jim is survived by father, Jim “Pete” (Hermina Hess) Peterson; brother, Ron Peterson; sister, Darleen (Bill) Wright; daughter, Angela; nephew Devin (Ashley) Peterson; and great-niece and nephew, Anna and Jonah. Jim is preceded in death by his mother, Barb Peterson; and grandparents Pete Peterson, Joan Peterson, Floyd Wicker, and Betty Wicker. Memorials and condolences may be sent to Walker Funeral Home, 410 Medical Arts Court, Gillette, WY 82718 in care of Jim “Pete” Peterson. Condolences may also be expressed at www.walkerfuneralgillette.com

To order memorial trees or send flowers to the family in memory of James Robert Peterson III, please visit our flower store.