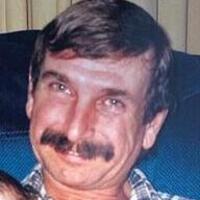 It is with great sadness that the family of James (Jim) Mark McCue announces his passing after a brief battle with lung cancer, on Sunday, August 9, 2020. Jim was a life-long Gillette resident, born on August 17, 1958. He attended Campbell County High School, graduating in 1977. He married Lisa Culey in November 1978. Jim worked as an equipment operator at Black Thunder Mine. He loved telling blonde jokes, enjoyed snowmobiling, and hunting, dancing and playing the drums. Jim will be lovingly remembered by his wife of 41 years, Lisa and his children, Kylie (Jeremy) Medina and Cori (Jeff) McKenney. Jim will also be fondly remembered by his five grandchildren, Sienna, Parker, Kwynn, Lukas, and Emma, by his sisters, Kay (Richard) Haberstroh and Peggy (Don) Fleck, as well as his many nieces and nephews. Jim is preceded in death by his father James E. McCue and his mother, Docia M. McCue. A celebration of life for Jim will be held from 3:00-7:00 p.m., Saturday, September 19th at Boot Hill Night Club. The family is asking that donations be made to the Heptner Cancer Center in honor of James (Jim) McCue. You may do so by dropping the donations off to the Heptner Cancer Center or via mail to 1901 Energy Ct. Ste. 265, Gillette, WY 82718. Memorials and condolences may be sent in care of Walker Funeral Home 410 Medical Arts Court, Gillette, WY 82716. Condolences may also be expressed at www.walkerfuneralgillette.com

To order memorial trees or send flowers to the family in memory of James Mark McCue, please visit our flower store.