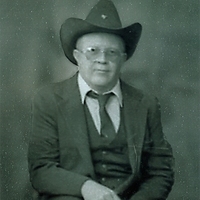 A celebration of life for Jim Fogleman will be held from 1:00 p.m. to 3:00 p.m., Saturday, September 28, 2019 at 37 Parkside Circle, Gillette, WY. Jim Fogleman 73, of Gillette, WY; passed away to be with his Lord on Tuesday, September 17, 2019. He joined his wife of 50 years; Dawn Talley Fogleman who passed away on June 20, 2019 shortly after celebrating their 50 years of marriage. James Dale Fogleman was born on December 2, 1945 to Henry Fogleman and Lillian Benner-Fogleman in Hummelstown, PA. Jim was the eighth of eleven children. Jim is remembered for his welding, woodworking, and mechanical talent. He could repair or make anything if he desired to do it. He loved to hunt and fish. Nothing seemed to go to waste; he would can venison, sausage, or anything to enjoy it at another time. Jim’s greatest love was Dawn. They did their “I Do’s” on May 29, 1969. They stood side by side in every aspect of their marriage. They loved their home in Gillette for their last 40 years; making friends and acquaintances that inspired their lives. Jim’s family would like to extend a thank you to all those that have been there through the years and supported them with hope and prayer. Jim is survived by his sons, Ronald and Robert Fogleman; four grandchildren, Christopher, Charity, Stephen, and Wyatt; brothers, Herbert of Delaware; Lee of Texas; and sister, Janet of Oklahoma. He is preceded in death by his wife, Dawn; parents, Henry and Lillian Fogleman; brothers, Richard, Sterril, Bruce, and Elwood; sisters, Mabel, Donna, and Mary Lou.  Memorials and condolences may be sent in care of Walker Funeral Home 410 Medical Arts Court, Gillette, WY 82716. Condolences may also be expressed at www.walkerfuneralgillette.com

To order memorial trees or send flowers to the family in memory of James Dale Fogleman, please visit our flower store.