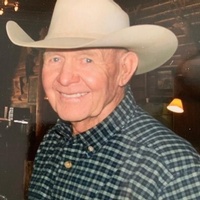 Services for John Eldon (Jack) Kinghorn, 88, will be celebrated at 10 a.m. Wednesday at The Church of Jesus Christ of Latter-day Saints Stake Center, 1500 Ohara Dr, Gillette, with Bishop Anderson conducting.  Jack passed away at The Legacy Living and Rehabilitation Center on Wednesday, March 13, 2019, following a battle with Vascular Dementia. Jack was born in Rigby, ID, on January 8, 1931, the son of Eldon Wilford and Mary Lova (Dansie) Kinghorn.  Three months after Jack was born, his family relocated to Wyoming where he would spend the remainder of his life. Jack graduated from Basin High School in 1949. On June 25, 1949 he married Georgia Jones. Together they had four children; Susan, Lana, Kurt, and Holly. For 22 years, Jack worked for Wyoming Gas Company while living in serval towns in the Big Horn Basin. On March 12, 1971, Jack married Patti McCullough and moved to Gillette after accepting a job with McCullough Gas. Shortly thereafter, Jack was offered the opportunity to live out his dream and operate the Saunders Ranch. He spent the next 25 years enjoying every minute of his career and living each day to the fullest. After retirement from the ranch, Jack enjoyed contract work with Huber Oil and Gas as well as Devon Energy. Jack was an active man who loved the outdoors and could often be found fly fishing various creeks in the Big Horns or guiding hunters on Wyoming wildlife hunts. Jack also had a strong love for rodeo and roping. He spent many years on the rodeo trail, and enjoyed taking in different rodeos across the country. He didn’t miss attending a NFR for over 40 years. Jack was an active member of the Church of Jesus Christ of Latter-day Saints. He enjoyed his time with the Boy Scouts and teaching Primary. Jack served on the Bishopric from August 25, 2002 until May 27, 2009 with President Jenson and Brother Taggert. Jack never met a stranger and had a sense of humor, along with a contagious smile that always had a way of drawing people to him. Jack is survived by his wife, Patti of Gillette; four daughters, Susan Monsen of Fountain Green, Utah; Lana (Jay) Housley of Springville, Utah; Holly (Kirk) Rexroat of Sheridan, Wyoming; Teri Drake of Cedaredge, Colorado; and son, Kurt Kinghorn of Buffalo, Wyoming; 20 grandchildren, 50 great-grandchildren, 4 great-great grandchildren, nieces, and nephews. Preceding him in death were his parents, sister, Larae Smith, and son-in-law, Rowen Monsen.  In lieu of flowers memorials can be made in Jack’s name to benefit; The YES House, Close to Home Hospice or The Cowboy Crisis Fund. Memorials and condolences may be sent in care of Walker Funeral Home 410 Medical Arts Court, Gillette, WY 82716. Condolences may also be expressed at www.walkerfuneralgillette.com

To order memorial trees or send flowers to the family in memory of Jack Kinghorn, please visit our flower store.