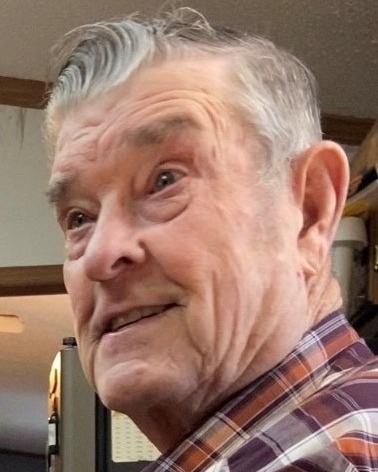 Funeral Service for Howard Craft will be 11:00 a.m., Monday, December 12, 2022 at Gillette Memorial Chapel with Erik Bergquist officiating; interment to follow at Mt. Pisgah Cemetery. Visitation will take place from 12:00 p.m. to 2:00 p.m., Sunday, December 11, 2022 at Gillette Memorial Chapel. Howard Emil Osterlund Craft passed away on Monday December 5, 2022 at his home in Gillette, Wyoming, at the young age of 81. Howard was born on April 25, 1941 to Emil and Pearl (Landry) Osterlund in Sault Saint Marie, Michigan. He moved to Arvada, Wyoming at just 11 months old with his mom and siblings. Howard and his sister Donna (Osterlund Craft) Means were later adopted by Rexford Raymond and Edna Fern Craft in 1949 after his mother, Pearl had died when he was 8 years old. They were then raised on a ranch in Rocky Point, Wyoming where he attended rural school close by until 8th grade. Howard was involved in FFA shooting sports and rodeo as he went through high school. He was also named freshman class president. After graduating from Campbell County High School in 1960 Howard joined the United States Army the same year. Howard served as part of the Vietnam war with combat engineers, he was stationed in Germany as a sharp shooter and a Green Beret, he returned home after 3 years. After returning from the service Howard started his next adventure in Miles City, Montana where he attended college during the day and worked nights at the boys’ home. Soon after, Howard met Jenny “Honey” Dirks, they were married and were blessed with Shirley Ann Craft in 1965. They later divorced. In July of 1969, Howard met, who his daughter and grandkids would call the love of his life, Mary Lois (Thomas) Craft. They were wed in June of 1970. Howard and Mary’s son, Douglas Howard Craft was born in February of 1971, and just 3 years later, Stacy Yvonne (Craft) Reynolds came along in July of 1974. Mary and Howard were also foster parents for a short time after their children were born. Howard was always a very influential part of the Campbell County community being very active in Hunter’s safety, shooting sports, and 4-H programs for many years. Howard and Mary owned and operated Craft Mobile from 1970 to 1972. For a short time, from 1976 to 1981, they were also owners of Campbell County Concrete. From then, Howard began working for Mountain Bell from 1981 to 2003. After retirement, Howard worked various other jobs to keep himself busy, as a tire cutter, staff at the Pioneer Manor, and lots of time traveling as a driver for local dealerships. His favorite hobby was without a doubt shooting trap. He found a knack in hunting and fishing. He always had a love for dancing, it usually carried him to the Newcastle Senior Center almost every Friday night with a pot of Howard’s homemade chili for the band.  Howard will be remembered most for his dedication, his helping hands, and his more than ornery personality. Howard is survived by his sister, Yvonne McDonald of Cederville, Michigan; his daughter, Shirley Craft of Casper, Wyoming; granddaughter, Katrina (Gary) Derbish of Laramie, Wyoming; grandson, Ethan Craft of Casper, Wyoming; great-grandchildren, Lucian and EmiClaire Derbish of Laramie, Wyoming; daughter, Stacy (Thomas) Reynolds; grandson, Blaine Reynolds (Krista Lohman); granddaughters: Ginny (Dustin) Behnke, Arianna Reynolds (Aaron Mitchell), Bailey Reynolds, and Taylor Reynolds; great-granddaughter, Isabel Reynolds, great-grandson Nicholas Behnke; granddaughters: Alexis Craft of Indiana, Alissa Craft (Kyler Herndon), and Patience Craft; great-granddaughter, Alayia Rounsaville, all of Gillette, Wyoming along with several other nieces, nephews, and cousins. Howard is being welcomed home by his parents, Emil and Pearl Osterlund and Ray and Fern Craft: his sisters: Delores (William) Wright and Donna (Jerry) Means; his brothers, Clark (Jean) and Glen Izzard; his son, Douglas Howard Craft and grandson Sethen Reynolds.  Memorials and condolences may be sent in care of Gillette Memorial Chapel 210 West 5th Street, Gillette, WY 82716. Condolences may also be expressed at www.gillettememorialchapel.com

To order memorial trees or send flowers to the family in memory of Howard Emil Craft, please visit our flower store.