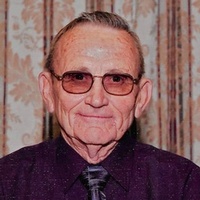 A celebration of his life will be held at 2:00 p.m. on Friday, February 23, 2018 at Family Life Church (480 Highway 50) with Pastor Marty Crump officiating. Graveside services will follow at Mount Pisgah Cemetery with full military honors. Visitation will be Thursday, February 22, 2018 at Gillette Memorial Chapel from 5:00 to 7:00 p.m. Dr. Harold L. “Fuzz” Edwards went home to God on February 20, 2018 following a brief illness. He was a man of remarkable intelligence who lived his life with integrity, honesty, generosity and back breaking hard work. His was a life well lived. Fuzz was born in Gillette, Wyoming on August 17, 1936, the fifth of six sons of Joseph A. and Leora (Evans) Edwards. While the family originally homesteaded in southern Campbell County, when Fuzz was 10 years old they made their final home on Donkey Creek and Edwards Reservoir, presently Dalbey Memorial Park. Fuzz attended schools in Gillette and graduated from Campbell County High School in 1955. He and his classmates remained life-long friends. After graduation he enlisted in the United States Army and was stationed at the Presidio in San Francisco, California where he served as a radar specialist. He was honorably discharged from active duty on September 10, 1957. He declined a commission to Westpoint Military Academy in order to pursue his life-long dream of becoming a Doctor of Veterinary Medicine. He completed his under graduate studies at the University of Wyoming and in 1962 was accepted to the Colorado State University School of Veterinary Medicine. On August 23, 1964 he married Sallie Ann Ernst in Gillette, Wyoming and they began their life together while he completed medical school. During final examinations before graduation, their daughter Shelly Elizabeth was born. Upon graduation in May of 1966 the family returned to Gillette and Fuzz began his career as a veterinarian. In November of 1973, son Joseph Lee was born completing the family. Fuzz and Sallie led and raised their family by example. To be their children is to stand on the shoulders of giants and we couldn’t be more privileged or grateful to be their children and grandchildren. Other than spending time with his family, Fuzz’s passion was his work and he was not content nor happy doing anything else. Throughout his 52 years of medical practice, he traveled from ranch to ranch, up and down the roads of Campbell County with the determined purpose of servicing his clients while treating and healing “All Creatures Great and Small”. His skills, as a veterinarian, made a profound contribution to the success of the agriculture community of Campbell County over the years. In 1996 Gillette Veterinary Clinic was sold but retirement was not in his nature and back to traveling the roads of Campbell County he went, continuing to practice medicine up until the time of his death. Throughout his career he also received appointments to and was honored to serve on the Wyoming State Veterinary Board and the Campbell County Public Health Board. Upon the birth of his grandchildren, Tyson Lee and Madison Bernice, Fuzz found new purpose in the joy of being a grandfather. His time spent and the roads traveled were now in support of their lives and activities. The love and pride he had for his grandchildren was immeasurable. Fuzz forged life-long relationships with those he met. He was a trusted and reliable friend and beloved uncle to many. In his unique and subtle way he offered his continual support, encouragement and guidance to his family. What was never subtle was his eye-rolling wit and humor. While frequently unappreciated by the recipient, this characteristic is what we shall assuredly miss the most. Life without his presence will never be as full. The world is a better place to have had him in it and the lives of the animals and people he encountered were better to have met him. He is survived by his wife of 53 years Sallie, daughter Shelly Edwards (Mark Collins), son Joseph Lee (Cortney) and grandchildren Tyson and Madison all of Gillette, as well as his beloved nieces and nephews. He was preceded in death by his parents and brothers: Darrell, Bill, Guy “Bud”, Carl “Jake”, and Ronnie. Memorials have been established to the Campbell County Healthcare Foundation Cancer Patient Assistance Fund and Pilots for Christ. Memorials and condolences may be sent in care of Gillette Memorial Chapel 210 West 5th Street, Gillette, WY 82716. Condolences may also be expressed at www.gillettememorialchapel.com
To order memorial trees or send flowers to the family in memory of Harold "Fuzz" Edwards, please visit our flower store.