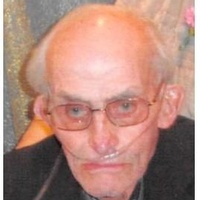 Memorial service for Harold Brigham will be held at 10:00 a.m., Thursday, July 12, 2018 at Gillette Memorial Chapel with Pastor Ernie Bishop officiating; interment to follow at Mt. Pisgah Cemetery. Harold Brigham age 84 passed away on Thursday, July 5, 2018 at The Legacy Living and Rehabilitation Center in Gillette, WY.

Harold Donald Brigham was born on December 11, 1933 in Alexander, ND to Blanche (Bartram) and Robert Brigham. He was the second oldest of ten children. Harold was raised in the Alexander, ND. He entered the US Army in January 1957 and was discharged on January 14, 1959. His second year in the Army was in an apartment in Paris, France and he would drive by the Eiffel Tower on his way to work. Before the service he worked for National Tank at Williston, ND, Sidney, NE and Casper, WY; headquartered in Tulsa, OK. In March 1959, a co-worker of Karen said, “my daughter just got married and her new brother-in-law just got into town, I think I should introduce you.” Harold and Karen (Murphy) were married on August 7, 1959. After the service Harold returned to his job in Casper, WY. In 1984 he went to work for George’s Roustabout until December 19, 2015.

Harold was traveling to Gillette for his work in early 1960, he was told he should move to Gillette temporarily. He and Karen moved into a basement apartment on 8th Street. In October of 1960, Harold’s mother died suddenly leaving three of Harold’s younger brothers at home with their father who was in poor health; so they moved to Gillette. Brothers, John and Jim lived with Harold and Karen. In December 1960, Harold and Karen purchased a home, so his brother, George and dad, Robert could also live with them.

Harold experienced the changes in Gillette; having to move to new part of town when the dairy farm where they lived became a new housing area. The family was there for 14 years. Harold and Karen enjoyed traveling, making trips back to Alexander Old Settler’s Parade, attending Murphy family reunions in Iowa and Missouri and visiting his brother-in-law, Papa John Murphy’s farm. He and Karen also travelled to Niagara Falls, Statue of Liberty, Washington D.C. and St. Louis Arch. The couple also enjoyed going to Deadwood to gamble. Dr. McMahill’s last order of Karen was to take Harold to Deadwood one last time.

Harold liked to hunt moose, elk and deer; and fishing at Keyhole and Crazy Woman Campgrounds in the Big Horn Mountains. He also enjoyed having a garden and growing things. He once grew a turnip that was 4 to 5 pounds that was put on display with other vegetables in the window of Stockman’s Bank. Harold was a collector of brass and had a large collection. He was also a very good mechanic.

To order memorial trees or send flowers to the family in memory of Harold Donald Brigham, please visit our flower store.