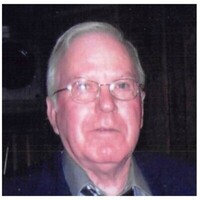 James "Jim" Beam, 83, passed away at his home on May 10, 2022, in Gillette. Jim was born on May 11, 1939 in Olathe, KS to Roy and Lois Beam. He was one of 4 boys. Jim graduated from Mulberry High School in 1956. He and his brothers joined the air force after high school where they served 4 years before leaving. Jim met the love of his life, Peggy, when they were young and got married soon after and shared 63 wonderful years of marriage together. They have one son, Scott, and they lived most of their lives in Kansas until moving to Wyoming in the early 1990’s where Jim worked as a Federal Coal Mine inspector for many years until his retirement. In his retirement, Jim and Peggy traveled, enjoying many trips to Las Vegas with their friends and family, and loved going on Alaskan cruises any chance they could. Jim was loved very much by his family and will be missed dearly. He was the best father and grandfather anyone could have. Jim is preceded in death by his wife, Peggy and his father and mother, Roy and Lois Beam. Jim is survived by his son Scott (Kathy) Beam; grandkids: Rob (Bobie) Morris of North Pole, Alaska; Amy (Mark) Naus of Sheridan, and Josh (Savannah) Beam of Gillette.  Jim has 8 great grandkids; Justin, Haley and Riley of North Pole, AK; Kincade and Vincent Naus of Sheridan; and Wyatt, Ella and Everleigh Beam of Gillette.  Memorials and condolences may be sent in care of Gillette Memorial Chapel, 210 West 5th Street, Gillette, WY 82716. Condolences may also be expressed at www.gillettememorialchapel.com

To order memorial trees or send flowers to the family in memory of James "Jim" Beam, please visit our flower store.