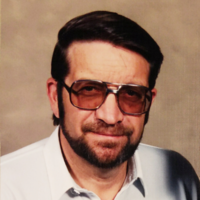 Graham Munn, of Wright, Wyo., died suddenly October 22, 2021 at the age of 81.  Known as "Scotty" to all, and to a generation of Thunder Basin Coal Company miners as "Father Munn", he narrowly escaped his 43rd Wyoming winter and left us to join his beloved wife Elaine.

Born in 1939 in Greenock, Scotland to Lachlan and Martha Munn, Scotty emigrated with his parents to Detroit, Michigan in 1954. A proud sailor and veteran, he joined the U.S. Navy at age 18, serving from 1958 to 1967 during the Cold War and Vietnam War eras. Upon graduation from Navy boot camp and electrical school, Scotty was stationed in Holy Loch, Scotland on the Polaris missile submarine tender U.S.S. Proteus - only some 10 miles from his hometown. He was later stationed on the fleet ballistic missile development ship U.S.S. Observation Island, and at the Naval Facility San Salvador Island, Bahamas.

After his honorable discharge from the Navy as an Electrician's Mate Second Class, Scotty returned to Detroit. He joined Chrysler Corporation as an electrician, where he then met his future wife Elaine. The two married in 1968 and had one child, Eric, in 1970.

In 1974, Scotty and Elaine left Detroit and moved west to Colorado City, Colorado. Scotty worked for several companies in Pueblo, Colorado before moving to the then-new town of Wright, Wyoming in 1978. A four-day move during a winter storm, which left snowdrifts to the top of their rented mobile home, led them to question the wisdom of moving to Wyoming. But they persevered, built a house in Wright and resided there until their deaths. Scotty worked at Black Thunder and Coal Creek mines as a pit and plant electrician, electrical trainer, and supervisor for 22 1/2 years, retiring in 1999. Thereafter he and Elaine spent time traveling, visiting friends and family as well as the occasional casino.

Scotty loved cars, reading, telling stories, and history, especially anything related to the sea. He made friends wherever he met, many of whom years later would remember him as someone who would "do anything for anyone". He and Elaine enjoyed gambling in Nevada (especially Reno) and Deadwood, and he later created his own websites about gaming odds and trips to Nevada. He became a resident "computer whisperer" for friends and neighbors, bringing misbehaving systems back to life. He never missed a chance to pick up a baseball cap, no matter from where, and eventually amassed a large and diverse collection. He loved visiting relatives in Scotland and spending time in Ardentinny. Most of all, he loved his wife, family and friends.

Scotty was predeceased by his parents and Elaine, his wife of over 53 years.

No services will be held at Scotty's request. A celebration of Scotty and Elaine's lives is tentatively planned for early summer 2022. Memorials and condolences may be sent in care of Gillette Memorial Chapel 210 West 5th Street, Gillette, WY 82716. Condolences may also be expressed at www.gillettememorialchapel.com

To order memorial trees or send flowers to the family in memory of Graham Munn, please visit our flower store.