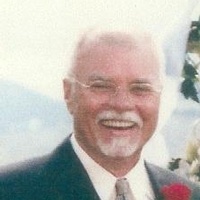 Memorial service for Gordon Garry will be held at 2:00 p.m., Saturday, April 7, 2018 at Walker Funeral Home with Chaplain Gordon Harper officiating. Gordon Paul (Bits) Garry, age 74, passed away peacefully on April 2, 2018. He was born January 30, 1944 in Aberdeen, South Dakota, the youngest child of Russ Garry and Amelia (Shantz) Garry.  Bits was raised along with his siblings Russ, Doug and Carole and numerous aunts, uncles, and cousins in Redfield, South Dakota. Following in his brothers’ footsteps, he joined the Navy at age 17 serving during the Vietnam War. After returning from his tour of duty, he settled back in Redfield where he met and married Nila Tiggelaar in 1968. Bits worked various jobs including construction and driving a gravel truck. In 1972, a son Michael was born. In 1976, he relocated to Gillette, Wyoming first working in the oil field until taking a job with Kerr - McGee and worked at Clovis Point and Jacobs Ranch mines. He retired from mining in 1998 as a foreman in the prep plant, and then went on to work for Hanover Compression, becoming medically retired in 2006.  Bits was an avid sports fan, playing fast-pitch softball in his younger days and golf in later years.   He loved a good game of cribbage or poker along with trips to Deadwood.  This played well with his passion for riding through the Black Hills on his Harley with Mike and attending the Sturgis Rally. You always knew where you stood with Bits and if you were given a nickname, he thought well of you.  He had an encyclopedic knowledge of trivia and an amazing, edgy sense of wit and humor.  He could tell a joke or story with perfect timing and deadpan delivery. Bits is survived by his wife, Nila; and son, Michael; brother, Russell Jr (Susan); nieces, Brandi Bonnet and Shasta Torres; niece, Melissa McInnes (Doug’s daughter); niece, Stephanie Graff and nephew, Christopher Graff  (Carole’s children); brother-in-law, Jerry Tiggelaar (Lois) and sister-in-law, Dawn Bargmann (Brad); and nephews, Kyle Bargmann and Connor (Taylor) Bargmann. Also, his beloved cats, Tink and Punk. Bits is preceded in death by his parents, Russell and Shonnie Garry, siblings Doug Garry, and Carole Graff. Memorials and condolences may be sent in care of Walker Funeral Home 410 Medical Arts Court, Gillette, WY 82716. Condolences may also be expressed at www.walkerfuneralgillette.com
To order memorial trees or send flowers to the family in memory of Gordon Paul Garry, please visit our flower store.