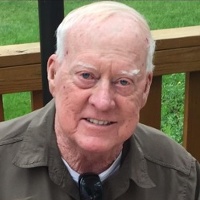 Funeral service for Gordon Drum will be held at 10:00 a.m., Tuesday, July 9, 2019 at Gillette Memorial Chapel with Pastor Gordon Harper officiating; interment to follow at Mt. Pisgah Cemetery. Gordon took his trip home to the kingdom of Heaven on June 30, 2019. He was surrounded by his wife, children, grandchildren, and great-grandchildren. Gordon Lee Drum was born June 17, 1942 to Walter and Mabel (Toohey) Drum in Paonia, Colorado. He enjoyed collecting cars, traveling in his motor home, family and friends. Gordon served in the US Army and was stationed in Korea. He has lived in Gillette, Wyoming since 1952; where he and his loving wife, Sammye raised their family. For many years he was a local business owner. He will be greatly missed by all of his family. Gordon is survived by his wife, Sammye (Garrison) Drum; three children, Sherry and Ed Ratliff, Tim and Patty Drum, Yvonne and Bill Williams; seven grandchildren, Chris Appling, Eric Ratliff, Scott Ratliff, Rob and Jamie Williams, Billy Williams, Michala Drum, and Courtney Drum; five great-grandchildren, Quinten Appling, Arianna, Rawley and Porter Williams, and Xander Atchison; sister, Jeanne McHenry; and several nieces and nephews. He is preceded in death by his parents, Walter and Mabel Drum, sister, Norene Dipaolo, two older brothers, Dean Drum and Robert Drum, and granddaughter, Devyn Drum. Memorials may be made in Gordon’s name to benefit Close to Home Hospice. Memorials and condolences may be sent in care of Gillette Memorial Chapel 210 West 5th Street, Gillette, WY 82716. Condolences may also be expressed at www.gillettememorialchapel.com

To order memorial trees or send flowers to the family in memory of Gordon Lee Drum, please visit our flower store.