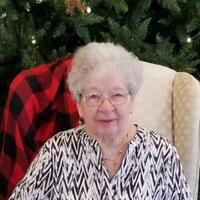 Gloria was called home to Jesus on March 2, 2022.  She was born March 5, 1931, in Baltimore, MD to Harry and Viola Holland.  Gloria was raised in Miami and moved with her family to the Panama Canal as a young girl.  While attending Bible Studies, she met a strapping young serviceman named Leonard.  They were joined in marriage on April 15, 1954.   To this union were born Sandra and David.  Gloria raised her family while Leonard was away on three tours to Vietnam.  Upon Leonards’ death, she moved to Gillette to be closer to her son and resided at the Legacy Living and Rehab Center where she made many friends both with the residents and staff.  Gloria was a faithful Christian woman who was loved by all who knew her.  She was preceded in death by her parents, her husband Leonard of nearly 62 years, her daughter Sandra, her brothers Harry and Barney and her sister Elaine.  She is survived by her son David (Jeanne) of Gillette; her son-in-law Terry of Tucson, AZ; her sister Shirley of Rochester, MN; her three grandchildren Danny (Tammy) Siegert of Cornwall, Ontario Canada; Patty (Sean) Caballero of Tucson, AZ and Toni (Ryan) Friedly of Gillette.  She is also survived by her 11 great grandchildren and 4 great- great grandchildren. A celebration of a life well lived will be held at 2:00 on Friday, March 11 at Family Life Church. Gillette Memorial Chapel will have live streaming available on their website www.gillettememorialchapel.com Memorials and condolences may be sent in care of Gillette Memorial Chapel 210 West 5th Street, Gillette, WY 82716. Condolences may also be expressed at www.gillettememorialchapel.com

To order memorial trees or send flowers to the family in memory of Gloria Pearl Kidd, please visit our flower store.