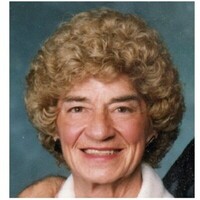 Gloria was born on March 26, 1932 in Haskell, Arkansas to Louis and Nila “Corrine” Burks. Right after high school, Gloria worked for the telephone company working on the switchboards. She met the love of her life Billy John “BJ” Huntley (a presumed mobster) at the nightclub he owned in Missouri. BJ and Gloria married on August 21, 1954 in Bentonville, Arkansas. They had 3 children, BeaJay Simque, Belinda Coughlin, and Barry “Joe” Huntley.

In 1965, BJ, Gloria and their nephew Bobby Davis moved to Casper, WY where they opened BJ Drilling and Exploration, an oil drilling company. As another source of income, BJ and Gloria opened a used furniture store called, the House of Bargains. The store was doing well, so they moved the store to downtown Casper, where they started Wyoming Furniture Mart. Eventually, they expanded to stores in Casper, Riverton and Gillette. In 1975, they moved to Gillette, WY to run the Gillette store. All of the kids and her nephew Bobby helped run and work for the stores from the time they were very little. Gloria handled the bookkeeping and accounts. The store was closed in 2004, and then BJ and Gloria opened the Wyoming Flea Market that they ran until 2007 when they finally retired.

While in Gillette, Gloria and BJ found a love for Bowling. They were avid bowlers in many different leagues at Camelanes. Most nights of the week you could find them there drinking, laughing and striking out. Gloria and BJ created the vacation bowling league, where they went to Las Vegas every year. She was the secretary of the league for many years and went to Vegas every year. She had a love for gambling and having fun. On the weekends, she would go to Deadwood and spend hours on the same slot machines without even leaving to eat.

Gloria is preceded in death by her parents Louis and Nila “Corrine” Burks, her husband Billy John “BJ” Huntley, and her sister Geneva Davis.

A celebration of life will be held at a later date in Spring/Summer of 2022 in Gillette at the Simque residence. More information will be provided at a later date. If you would like to attend, please email BeaJay Simque [email protected] with your contact information and we will send an invite. In lieu of flowers, the family suggests that memorials be made to benefit Camelanes Bowling Center (Vacation League) or Lasting Legacy Living and Rehabilitation Center. Memorials and condolences may be sent in care of Gillette Memorial Chapel, 210 W. Fifth St., Gillette, WY 82716. Condolences may also be expressed at gillettememorialchapel.com.

To order memorial trees or send flowers to the family in memory of Gloria Louise Huntley, please visit our flower store.