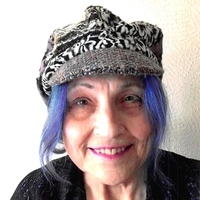 Memorial service for Glenda Rumph will be held at 1:00 p.m., Saturday, October 5, 2019 at Walker Funeral Home with Pastor Edward Sisti officiating. Glenda Ann Rumph passed away peacefully on September 28, 2019 into the loving arms of our Lord after a courageous battle with breast cancer.

Glenda was born in Miles City, MT on August 19, 1952 to Robert and Catherine Rumph. She grew up on the family ranch in southeastern Montana, where she enjoyed riding her favorite horse, Bosco up in the north woods. Her early school years were spent in a one-room schoolhouse on the family ranch, Rusell Rumph Ranch on Butte Creek. Freshman year the family moved to Broadus for her to attend high school, she graduated Valedictorian of her class. Because Glenda was so musically talented, she picked up the trumpet. She began training on the piano by BeBe Warner, and then her passion for musical instruments began.

Glenda’s first couple of years in college were in Asbury, Kentucky; she later moved to Bozeman, MT where she finished two degrees, one in Biology and the other an English teacher. After college Glenda taught a couple of years and later moved to Gillette, WY where she worked at the radio station, writing ads. In 1985, Glenda opened the music store, Music World and ran it for several years. It was around this time she met Lonnie Hibbs and eventually married in 1999. She fell in love with his children and raised them as her own. Glenda and Lonnie later divorced, but she remained close to the children and grandkids.

Because Glenda always had a big heart and compassion for people, she never turned anyone away. In her later years she enjoyed gardening, her flowers, and her animals. She will always be remembered for her kindred spirit, and her love and devotion to Jesus Christ.

Glenda is survived by two sisters, Debra Hays of Denver, CO; Robin Rumph of Gillette, WY; niece, Autumn Rumph of Gillette, WY; her step-children, many grandchildren; Felicity Etienne who was the apple of her eye; and her caregiver and life-long friend, Amber Brinkerhoff. She is preceded in death by her parents, Robert and Catherine Rumph of Biddle, MT. Memorials may be made in Glenda’s name to benefit Gillette Animal Shelter. Memorials and condolence may be sent in care of Walker Funeral Home 410 Medical Arts Court, Gillette, WY 82716. Condolences may also be expressed at www.walkerfuneralgillette.com

To order memorial trees or send flowers to the family in memory of Glenda Ann Rumph, please visit our flower store.