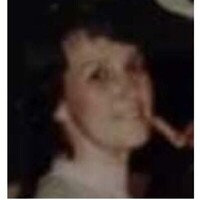 Geraldine Irene Roach “Jerry”, passed away at Gillette Memorial Hospital surrounded by family on October 19, 2021. Jerry was born March 8, 1946, in Cincinnati, Ohio to Ed and Mary Schuh. Jerry attended Our Lady of Angels Catholic High School, grew up and married the Love of her life and father of their children Deveret Roach Sr. (LeRoy). The couple married June 15, 1961, and lived in Rising Sun, Indiana on their dairy farm along with a tobacco crop. They grew together and moved the family to Wyoming in 1978 where Jerry worked as a security guard at Belle Ayre mine, eventually turning her attention to getting her degree in Medical Billing and Coding from Community College of Denver, class of 1990. Jerry was known to be the one to turn to for any questions or direction regarding prayers, Jesus, GOD and all the “WHYS.” Jerry (mamal) made time for everyone’s worries, troubles without a complaint just warm hugs, kisses, and leaving with a full stomach. She loved traveling to see family and sites across the nation with many memories made in their motorhomes at each stop. Jerry can be described as a loving, Catholic, family pillar, and have the time for anybody in need Soul. There are many cherished memories of Jerry (mamal) from all family and friends. A prayer often told to say by Jerry was the Serenity prayer: “GOD, grant me the Serenity to accept the things I cannot change, Courage to change the things I can; and Wisdom to know the difference.” There were also numerous songs sang to her over the years from children and grandchildren that she loved to hear and to sing along, with Jerry’s favorite “Amazing Grace.” Whether it was needing academic, religious guidance from the youngest to the oldest child; keeping the yard, house chores done to when the porch lights on y’all get in the house, Jerry treated everyone as her own. Jerry is survived by her son, Deveret Roach Jr. of Ohio; daughter, Debora (Jerry) Harms of Gillette, WY; and daughter, Devina Pringle of Gillette, WY. Jerry is also survived by her grandchildren, Randy (Christina) Washer and children; David (Krystal) Bauer and children; Levi (Angie) Mormann and children; Destiny (Chris) Sinning; Nacho Moreno, and children; Crystal Roach and children; Chantelle Pringle and children; Deveret Roach III. Of these grandchildren Jerry was blessed with many great-grandchildren with one great-great grandchild of whom she cherished each. Memorials and condolences may also be sent in care of Gillette Memorial Chapel 210 West 5th Street, Gillette, WY 82716. Condolences may also be expressed at www.gillettememorialchapel.com

To order memorial trees or send flowers to the family in memory of Geraldine Irene Roach, please visit our flower store.