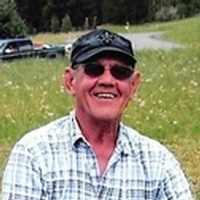 There will be a sharing and visitation from 3-6 p.m. Sunday at Walker Funeral Home followed by a gathering and potluck dinner at Don and Julie Erisman's, 3250 Ridgecrest.

We will be celebrating Jerry's life at 2 p.m. Monday at New Life Weslyan Church. We would like to encourage everyone to bring their classic cars, hotrods and motorcycles to participate in the procession following the funeral to Mount Pisgah Cemetery.

Jerry was born April 24, 1945, in Havre, Montana, to Rudolph "Rudy" and Margaret Wanke. He was the eighth of 15 children. He went to school in Manhattan and Butte, Montana.

Jerry joined the Navy in 1962, and spent his time on the USS Tallahatchie (AVB2) based out of Naples, Italy. He was honorably discharged in 1967, and came to Gillette for work.

In January 1968, he met Karen Miller in Rapid City, South Dakota, and they were married Oct. 25 that same year. Jerry and Karen were planning to celebrate their 50th wedding anniversary this coming October. In 1970, their daughter Michele was born and Wanda followed in 1971. Then in 1976, they welcomed a son, William (Willy).

Jerry worked as a mechanic for various companies the past 50 years, including D&I Motors (now White's Frontier Motors) and at Chinook Pipeline for a period of time. He begun working at the coal mines, first for Clovis Point in 1977, and he later retired from the mining industry after 21 years.

He then went to work for WYDOT for another seven years. Jerry was retired for the last 10 years. During his decade of retirement, he spent many hours helping others by fixing their mechanical problems with cars, trucks, tractors, lawnmowers and whatever else we brought to him.

Jerry shared his knowledge with many people. He was very well-loved by his big family and many friends. He would do anything for anyone, and all he wanted in return was friendship. It did not matter to him if you were young or old, Jerry was a friend to all.

He was known for his bright baby blue eyes and a smile that would light up any room, his contagious laugh, his sassy and sometimes shocking sense of humor and his love for life.

Anyone who was close to Jerry knew his passions were working on anything with an engine and welcoming friends and family to his shop with a seat ready, a cold beverage and Popsicles and cookies for the kids. You would never leave the shop without bringing a little piece of Jerry with you.

He was proceeded in death by his parents; and his brothers, Walter, Bud, Herald and Rudy "Junior."

Memorials and condolences may be sent in care of Walker Funeral Home, 410 Medical Arts Court, Gillette, WY 82716.
To order memorial trees or send flowers to the family in memory of Gerald William Wanke, please visit our flower store.