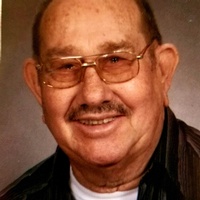 George M. Golay peacefully went home to the Lord Thursday, October 18, 2018. He was 85. George was born February 12, 1933 in Glenrock, WY to Myldred and George Golay. He was the older of two kids. He grew up in the Glenrock/Casper area on Poison Spider Road. At the age of 14, George gave himself to God. From that moment on, he never lost faith no matter how challenging life may have been. He graduated from Natrona County High School in 1952. On New Year’s Eve 1954, George met the love of his life, Shirley A. Lytle. They married on March 26, 1955. They were blessed with four children over the next five years. Sixteen years later, they were blessed with their fifth child. George owned George’s Maintenance Service from 1964-1970 in Casper. In the early 1980’s, he started the Soup Kitchen, Halfway House, and a Prison Ministry in Gillette, WY. He also taught Rational Self-Counseling. George then started Maintenance Service (later known as Carefree Cleaning) in 1986. In 1993, George retired. He and Shirley traveled the United States in their fifth-wheel camper. They spent their summers working at Sheridan Lake and their winters in Phoenix, AZ. In 2013, George moved to the Pioneer Manor where he enjoyed building puzzles and volunteering at the Senior Center. George loved spending time with his family. Especially his grandchildren and great-grandchildren. George will truly be missed by all who knew him. George is survived by his wife, Shirley; children, Vernon (Tana) Golay; David Golay; Debbie (Tim) Runyon; Dawna (Keith) Koski; and Michael (Moriah) Golay; nine grandchildren; ten great-grandchildren; and one great-great-grandchild. He is preceded in death by his parents, George and Myldred Golay; and younger brother, James Golay. Private family service are planned for a later date. The family request that memorials be made in George’s name to benefit The Legacy Living and Rehabilitation Center. Memorials and condolences may be sent in care of Walker Funeral Home 410 Medical Arts Court, Gillette, WY 82716. Condolences may also be expressed at www.walkerfuneralgillette.com

To order memorial trees or send flowers to the family in memory of George M Golay, please visit our flower store.