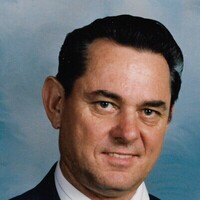 Memorial service for Alan Cheairs will be held at 2:00 p.m., Wednesday, February 9, 2022 at Gillette Memorial Chapel. George “Alan” Cheairs, local mechanic and business owner, died Tuesday February 1,2022 at home in Gillette, WY peacefully and surrounded by family. He was 75 years old. A life-long Jack-of-all-trades and outdoors man, Alan was born in Blackfoot, Idaho on August 19, 1946 to Doris May and Horace Erie Cheairs. The fifth of 16 children, Alan grew up turning wrenches. A trade that he would pass on to his sons and a skill that he shared locally through A.C.T.ion Automotive, a shop that he opened in Gillette in 1984. Spending his early years in the Southwest, Alan learned construction from his father-in-law and worked the uranium/copper mines. He always had a love for the deserts of Arizona and would continue to go south whenever he could. A new opportunity with the local Thunder Basin coal mines brought Alan to Wyoming in 1982. After finding a passion for the beautiful Big Horns and Black Hills wilderness, Alan and family made Gillette their home. Alan is survived by his wife of almost 58 years, Pamela Sue Cheairs and their five children. Tommy Alan (Chris and their fur child, Sweda), Terry Allen (Tina), Ted Allan (Leslie), Sandra Lee and Candace Anne. Alan is also leaving four grandchildren, Trevor Allen (Bailli), Katelyn (Nick) Kunkle, Kelsey and Tom Allan; and two great-grandchildren, Samuel Allen and Claire to this world. He will be deeply missed by all who knew him. “Ohana means family and family means nobody gets left behind.” -Stitch. Memorials and condolences may be sent in care of Gillette Memorial Chapel 210 West 5th Street, Gillette, WY 82716. Condolences may also be expressed at www.gillettememorialchapel.com

To order memorial trees or send flowers to the family in memory of George Alan Cheairs, please visit our flower store.