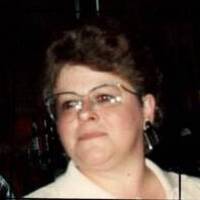 Funeral service for Gay Robertson will be held at 2:00 p.m., Thursday, December 30, 2021 at Gillette Memorial Chapel; interment to follow at Mt. Pisgah Cemetery. Visitation will take place from 4:00 p.m. to 6:00 p.m., Wednesday, December 29, 2021 at Gillette Memorial Chapel. Gay Robertson passed away December 23, 2021 at Wyoming Medical Center, Casper, WY. Gay Diane Robertson was born Thanksgiving Day, November 28, 1946 in Sheridan, WY to J. L. (Jack) and Ruth (Braun) Bennick of Gillette, WY. She attended school in Gillette and graduated from Campbell County High School. She attended Billings Business College in Billings, MT. In 1966, she married Larry McLean. They lived in Mississippi for a year, then moved to Sacramento, CA where their son was born. They later divorced. While in California, Gay worked for Bank of America until she moved back to Gillette in 1976. She went to work for the Campbell County Treasurers Office. In 1977, she married Kenneth Robertson. They later divorced. In 1978, she went to work Peggy Biggerstaff, CPA, then as a dispatcher for the Campbell County Sheriff’s Office in 1986, retiring in 2006. Gay was an avid reader. She also enjoyed cross stitch embroidery and jigsaw puzzles. She was a big fan of the Colorado Rockies and the Denver Broncos. Gay is survived by her son, Philip (Ranae) McLean of Frisco, TX; grandson, Connor McLean of North Richland Hills, TX; sisters, Margo (Otice) Clements and Toby (Billy) Montgomery of Gillette, WY; and Leslie (Kelly) Reynolds of Gillette, WY; brother, Greg (Terry) Bennick of Gillette, WY; several nieces and nephews. She was preceded in death by her parents, Jack and Ruth Bennick. Memorials and condolences may be sent in care of Gillette Memorial Chapel 210 West 5th Street, Gillette, WY 82716. Condolences may also be expressed at www.gillettememorialchapel.com

To order memorial trees or send flowers to the family in memory of Gay Diane Robertson, please visit our flower store.