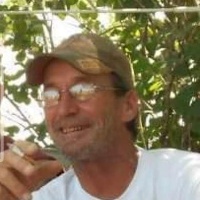 Gary was born on November 4, 1954 in Brush, Colorado.  His family moved often while his father worked in the oil fields.  Gary carried on the family tradition of oil field work for many years.  In April 1974, he married Corky Jaeger, who Gary loved referring to as "the pretty red-haired girl who threw rocks at me in third grade."  Together, they had four children and later divorced.  Gary settled his family in Moorcroft, Wyoming in the late 1980s. He worked as transportation coordinator for Crook County School District for about 15 years.  During this time, he took great joy in coaching his children in football and wrestling.   He often said he never met a "bad kid" and was always willing to open his home to anyone who needed a place to stay.  In September 1998, Gary married Terry Matthews and was delighted to gain several additional family members; he and Terry later divorced.  After leaving Crook County School District, Gary worked as shop foreman for Basic Energy Services until he retired.  He spent his retirement traveling, gardening, and spending time with his grandchildren.

To order memorial trees or send flowers to the family in memory of Gary Glenn Williams, please visit our flower store.